Al Sharqi: We look forward to a quantum leap in bodybuilding in 2023 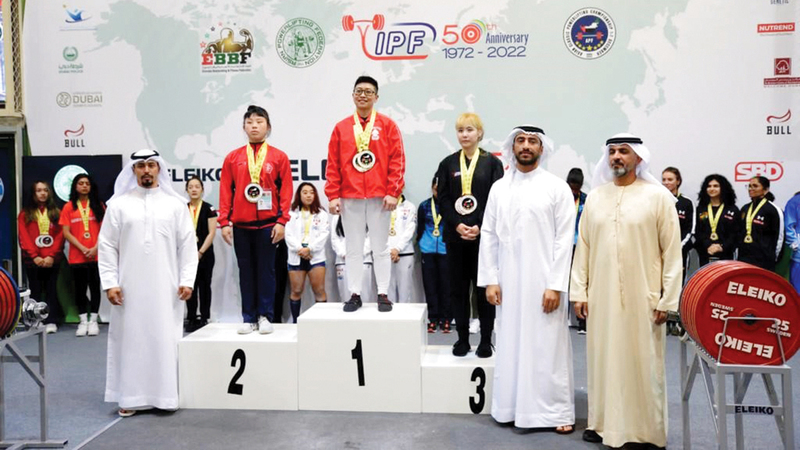 Sheikh Abdullah bin Hamad bin Saif Al Sharqi, Chairman of the Board of Directors of the Federation of Body Building and Physical Fitness, praised the achievements and gains achieved in 2022, stressing that the next goal is to achieve an added quantum leap in 2023, indicating that what was achieved in 2022 reflects the technical, administrative and organizational efforts that The committees working in the federation have done it, praising the involvement of women in practicing this sport, calling on the game family to continue their efforts.

The Federation of Bodybuilding and Fitness won 122 medals, including 50 gold, during the continental and international championships in which it participated in 2022.

The federation also succeeded in including a player of people of determination in the national team and achieving unprecedented medals, while enhancing the role of women in physical fitness and strength sports and winning high-level medals is one of the most important achievements. In this context, the Secretary-General of the Federation, Muhammad Al-Marri, described, in a press statement, hosting and organizing the Asian Physical Strength Championship in Dubai as a distinguished international event, after the tournament enjoyed record participation for the number of male and female players and the players breaking about 50 records, in addition to the praises of the two international federations. And the Asian for physical strength with the exceptional effort that accompanied the organization of the tournament.

He added: «Achievements continued, with the representatives of the Emirates winning six international positions in the Asian Federation for Bodybuilding, Fitness and Physical Strength, with the attainment of members of the Board of Directors: Ahmed Johar, membership of the Asian Federation for Bodybuilding and Physical Fitness, Faisal Al Zaabi, as Vice-Chairman of the Referees Committee, and Ahmed Bin Dhabui, as Chairman of the Committee. Physical fitness, Muhammad Shaheen Al Hosani, member of the technical committee, and the team doctor, Dr. Saeed Sasani, member of the medical committee.