Al-Shehri targets his first championship with the Saudi Olympic 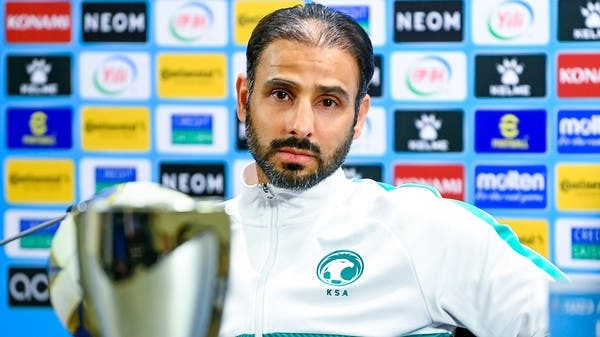 Saad Al-Shehri, the coach of the Saudi U-23 team, hopes to get his first championship as a coach for the teams of the Saudi national teams since his first experience in 2015.

Al-Shehri has led the Saudi U-23 team since 2018 and is seeking to win its first championship when it faces its Uzbek counterpart, the hosts, on Sunday in the third Asian Cup final for the green after the 2014 and 2020 editions.

After several experiences with the junior teams, Al-Shehri was appointed as an assistant coach for the 20-year-old team in 2015 and was able, with him, to reach the 2016 AFC U19 Cup final before losing to Japan on penalties to lead the same team to the World Cup final for the same category in 2017 and deposited against Uruguay with a goal without a response. .

After his experience with the youth team, he fought 6 months of the 2017-2018 season as a coach for the agreement after dispensing with former Serbian coach Miodrag to end the season and was appointed in March 2018 as coach of the Olympic team.

In his first challenge with the Olympic in the Asian Games, Al-Shehri led the team to the quarter-finals, losing to Japan with two goals without a response.

After delivering the Olympic team to the AFC U-23 Cup in 2020, the team qualified as the leader of its group and faced Thailand, the host, and defeated it with the goal of Abdullah Al-Hamdan. Jung Tae-wook scored the winning goal in the 113th minute.

Because of reaching the Asian final, the team qualified for the Tokyo Olympics for the third time since the 1984 and 1996 editions. In the Olympic Games, the Saudi national team accompanied Brazil, Germany and Ivory Coast and lost to all of them.