Al-Sinani permanently moves to Al-Wasl, with a contract until 2027 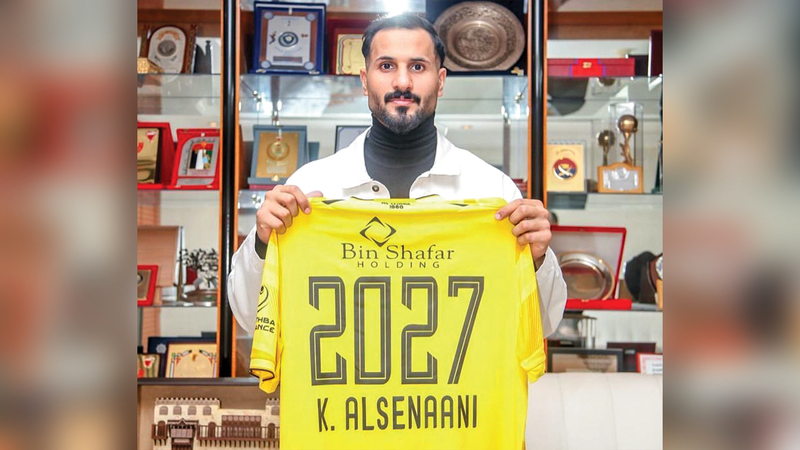 Al-Wasl Football Company announced that goalkeeper Khaled Al-Sanani has finally joined from Al-Dhafra with a contract that extends until 2027, according to what it stated on its official account on Twitter. Al-Sanani expressed his happiness at the final completion of the procedures for his transfer to the “Emperor”, and said: “Al-Wasl is the stadium of champions, a great entity, and a great history.

He added, “My joining Al Wasl in the summer transfers was a happy day for me, and now I am more happy after I moved to the team once and for all.”

Al-Wasl contracted with Al-Senani last summer on a one-season loan. The 32-year-old goalkeeper is one of the most prominent goalkeepers in the country, as he starred greatly with Al Dhafra in the past seasons, after he moved to the team from Al Jazira in 2018. Al-Sanani contributed to the strong start that Al Wasl achieved during the current season by leading the league standings in The sixth round, and its continued competition for the lead, despite the team’s decline to sixth place, as it is the only one in the “Panthers” to have participated in all the team’s league matches in 12 rounds so far, with an average of 1080 minutes, and conceded 14 goals.