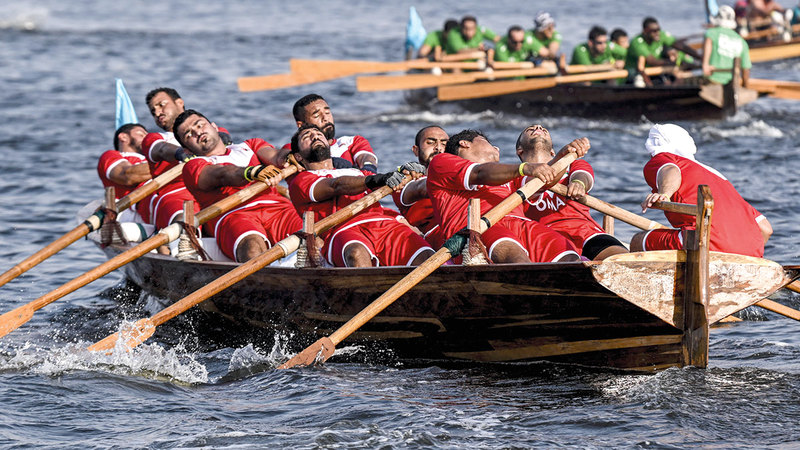 The crew of the boat “Al Asif 36”, owned by Hamdan Saeed Jaber and led by the captain Badr Abdul Hakim, embraced the local race title in the first round of the 30-foot Dubai Rowing Championship, which was organized by the Dubai International Marine Club the day before yesterday, as part of the marine races calendar in the 2022 sports season. -2023.

The title of the (open category) in the race went to the crew of the Bahraini boat (KHK54) to its owner Sheikh Khalid bin Hamad Al Khalifa and led by the captain Ahmed Nasser Al Busmait, who excelled in this race after an exciting struggle with the boat No. 89 (F3) for its owner His Highness Sheikh Hamdan bin Mohammed bin Rashid Al Maktoum, Crown Prince of Dubai and Chairman of the Executive Council, led by Badr Abdul Hakim.

A press release said: “The race, which was held in the Dubai Water Canal in the Al Jaddaf Walk area opposite the Dubai Creek Wildlife Sanctuary, was a great success, with the participation of more than 400 sailors on board 46 boats that competed for the titles of the two rounds (local and open), as they sailed from The starting line for a distance of 2.3 km to the finish line in front of (Dubai Kerik Harbor) and opposite the Mohammed bin Rashid Library.