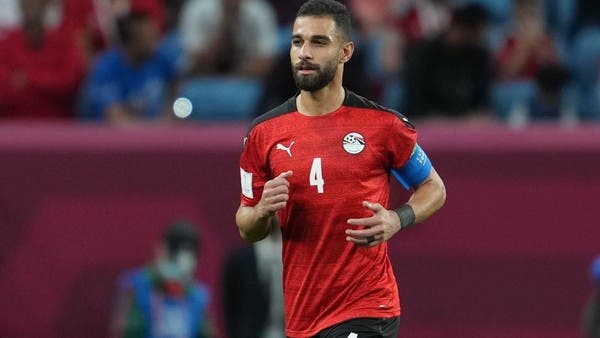 Egypt midfielder Amr Al-Soulia denied speculations about the players’ rebellion against coach Carlos Queiroz in the African Nations Cup, stressing that the team has the “heart of one man”.

The Portuguese coach was criticized for following the 1-0 loss to Nigeria at the start of the Nations Cup in Cameroon on Tuesday.

The most prominent criticism was related to changing the positions of some players, especially Mohamed Salah, Mustafa Mohamed and Mahmoud Hassan “Trezeguet” in the attack.

Al-Sulayya, who missed the defeat due to injury, expressed his displeasure, which was raised about the rebellion of Egypt’s players.

The Al-Ahly player told reporters during the press conference before facing Guinea-Bissau on Saturday in Group D: It is a shame to say this about the Egyptian players.

He added: Our players know the value of the national team perfectly, and these behaviors cannot be issued by us, and we avoid what is said on social media and focus on compensating for the previous match.

He continued, “We appreciate the fans’ grief, and we are the players who are the saddest and most painful, and we insist on correcting the image and making the fans happy.”

Nigeria, who leads with three points, plays Sudan, who has one point in the other group game.