Al-Taawoun training deprives the Real Madrid player of the Clasico 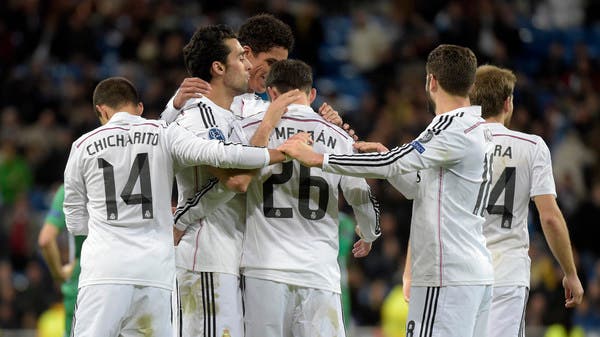 Alvaro Medran, player of the Saudi Al-Taawun Club, will not be able to follow his former team’s match between Real Madrid and Barcelona from the stands, in the Spanish Super Cup semi-final due to his association with his team’s training, which is preparing to face Al Hilal this weekend.

The King Fahd Stadium in the capital, Riyadh, will host the “El Clasico” match on Wednesday evening, which is the first match in which the two teams will meet outside Spain in an official match.

Alvaro Medran, 27, moved in the current winter transfers to Al-Taawoun Club from Chicago, and the player previously wore the Real Madrid shirt, and appeared for the first time with Carlo Ancelotti, the current coach of Real Madrid, during his first period, and since then he has worn the Getafe, Valencia and Alaves shirts And Rayo Vallecano in Spain, then he moved to the NBA and from there to Saudi Arabia in January.

His new experience with Al-Taawoun coincided with the arrival of his former team, Real Madrid, to Riyadh, to participate in the Spanish Super Cup.

The midfielder said in statements to “Marca”: “I will not be able to attend the Clasico, because its date coincides with the team’s training.”

Regarding his opinion of the current Real Madrid team, he said: The team is showing very well, and Ancelotti is doing well. I enjoy watching them, and I always focus on Luka Modric, who plays at a high level at this age.

And about his new experience in Saudi Arabia, he revealed: It is a very strong league and has high quality. I consider it a positive change in light of the presence of distinguished colleagues with me in the team.