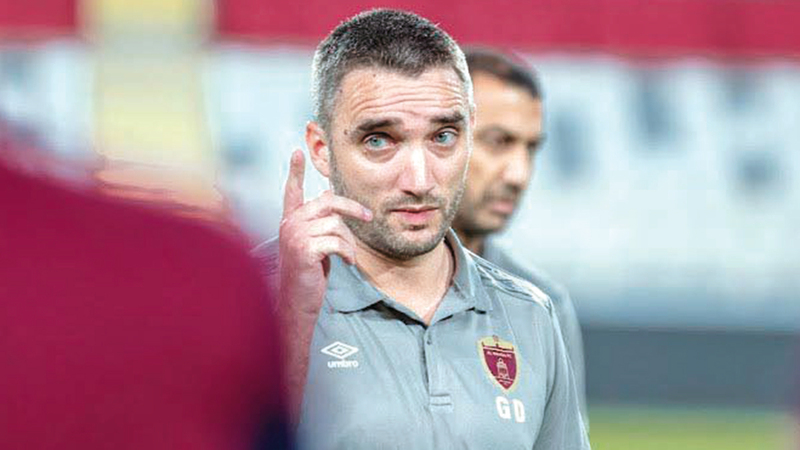 Al Wahda players flirted with their French coach, Gregory Dufferins, after the great victory he achieved against his guest, Ajman, with three goals without a response, in the tenth round of the ADNOC Professional League.

Gregory took over the task of training the unit temporarily after the departure of the Dutchman Tin Kat, to succeed in achieving three consecutive victories for the unit in the league, which raised its score to 20 points, alone in the runners-up.

Brazilian defender Lucas Pimenya said in a press statement: “Because of Gregory, at the helm of the unit, we feel like one family. The course after stopping.

The young player, Mansour Al-Harbi, said: “The French coach’s success in getting close to the players helped a lot in the state of harmony in the relationship between the two parties. Gregory is not only a coach for the unit, but he is like a brother to all the players.”

For his part, Al Wahda leader Ismail Matar confirmed, “The way the players expressed their joy at Mansour Al-Harbi’s goal, and their relationship with the French coach Gregory, is a message to everyone that we are Al Wahda club. We are there to support the coach and the rising players, not just with words, and they know this.” The thing is, there are things that are not mentioned in the media, there are positive things that happen in unity, more than winning a match.”