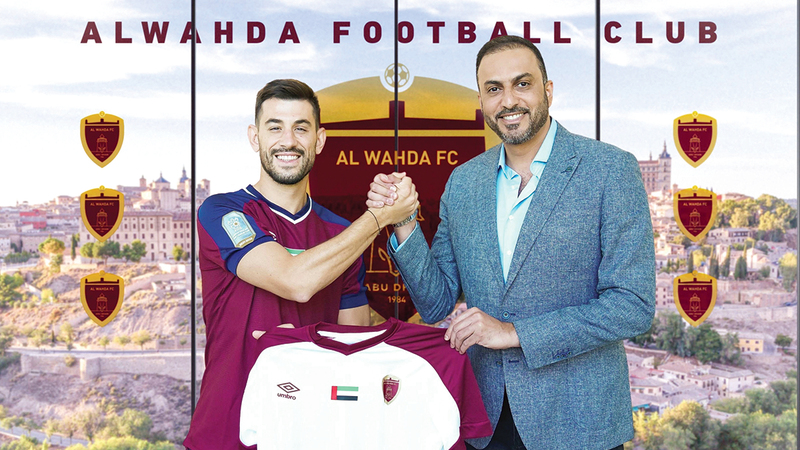 Al Wahda Football Club announced the signing of Portuguese midfielder Luis Miguel Afonso Fernandez “Pizzi” from Benfica in a free transfer deal for two seasons, as part of the club’s efforts to strengthen the ranks of the first team and meet the requirements of success.

The unit, which awaits several benefits in the new season, including the Emirates Cup final against Sharjah, which was scheduled in May before it was postponed, welcomed through a short video clip on his official page on Twitter his new deal, without mentioning the financial value of it.

For his part, Betzi praised the professional work during the completion of the contracting procedures, expressing his happiness to join the unit, and his desire to contribute to achieving more achievements and victories for this edifice.

The contract signing ceremony took place in Austria in conjunction with the first team’s overseas camp.

The 32-year-old former Portuguese international played with Atletico Madrid from 2011 to 2013, then joined Benfica, who played 360 games in all competitions and scored 93 goals, and during his career with the latter he was loaned to Espanyol (2013-2014). ) and Istanbul, Basaksehir, Turkey, from February to June 2022.

And the contract of the third UAE league last season with “Pizzi” will pave the way for the departure of his Syrian striker, Omar Khribin, to Al-Ahly youth, who wants to include him.

The unit currently includes five foreign players, in addition to Khribin, the Brazilians Joao Pedro and Maracas Jobson, and the Portuguese Adrian Silva and Fabio Martinez.

League regulations allow only five foreign players to be registered per team.