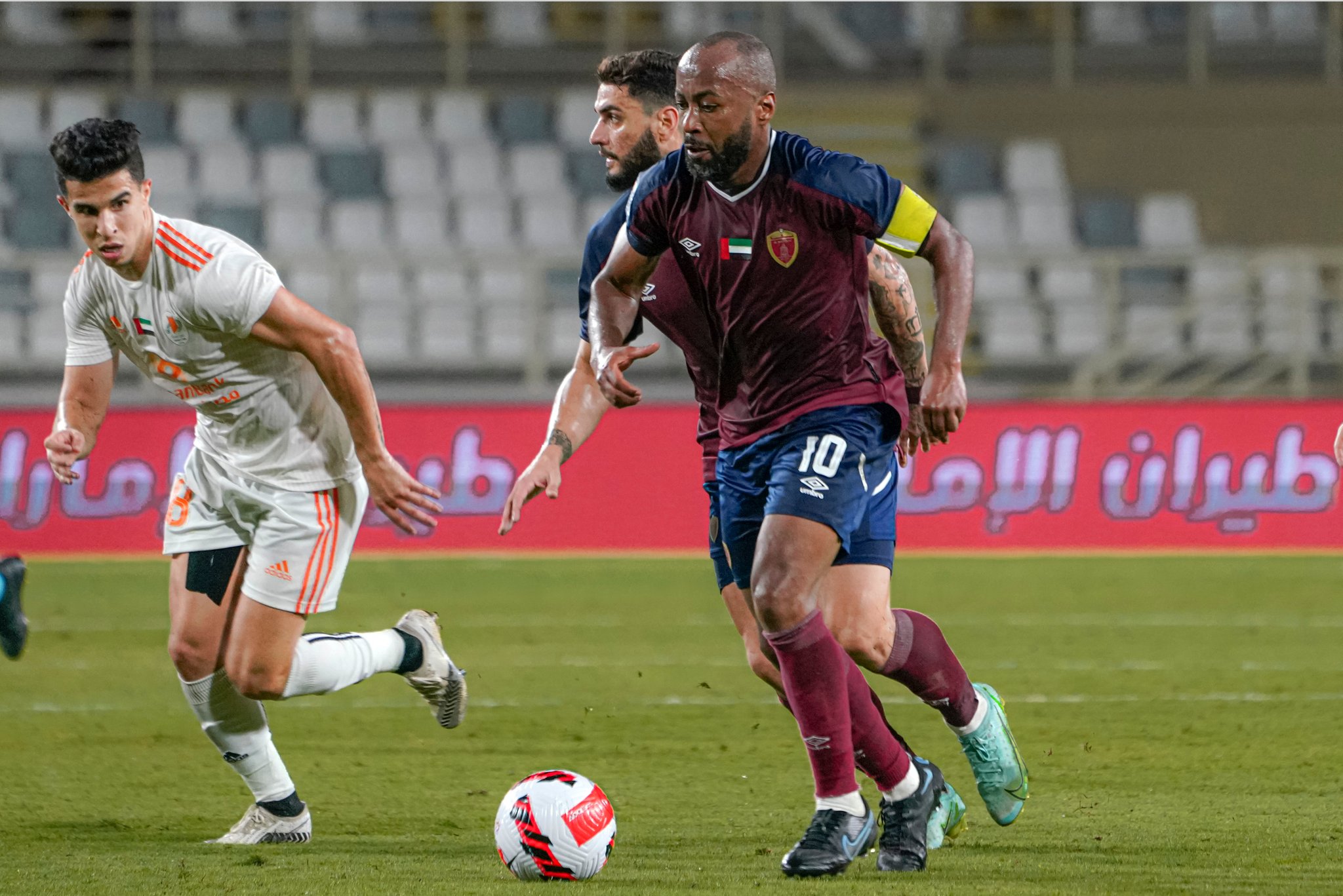 Al Wahda maintained the ADNOC Professional Football League rank, by defeating its guest, Ajman, with three goals without a response, Sunday, in Abu Dhabi, in the tenth round of the competition, which witnessed a remarkable brilliance of the star Ismail Matar.
The goals of the unit came from the Portuguese Martinez, “45 + 2”, Mansour Al-Harbi “51”, and the Brazilian Joao Pedro “80”.
Al Annabi raised his score to 20 points, while Ajman’s balance froze at 14 points.
The hosts suffered at the beginning, despite the offensive lineup that their French coach, Gregory, played in the Syrian defense, Omar Khribin, whose participation was questionable after he was injured in his country’s last match in the World Cup qualifiers.
On the other hand, Ajman showed great cohesion at the level of its defensive system, with reliance on counter-attacks, which posed a clear disturbance to Al Annabi’s defenses, as the substitute goalkeeper Rashid Ali succeeded in saving his team from a solo that was within reach of the player Abu Bakr Trauli.
With the passage of time, Ajman players gained great confidence and were a strong match for the unit, and Firas Belarabi almost gave his team the lead three minutes before the end of the first half, when Walid Al Yamahi distributed a cross to the Tunisian striker without being observed, but he hit a ground ball that passed Along the left post.
But Al-Wahda showed his true face, and Abe went to the dressing room without scoring, thanks to a charming pass from Ismail Matar, and put Martinez, in a confrontation with goalkeeper Ali Al-Hosani, to put the ball to his left
Al-Wehda entered the second half with high spirits, and had the advantage and rushed towards consolidating its progress, and his efforts did not last more than six minutes, as Mansour Al-Harbi managed to add the goal from a follow-up to Omar Khribin’s shot, which bounced from the hand of Ali Al-Hosani and completed the young Al-Wahda player inside the goal.
Ajman could have approached the result, when it got a fixed kick from the edge of the box, played by Firas Al Arabi over the human wall, but the brilliant goalkeeper Rashid Ali saved the attempt and sent it away to a corner kick.
Al Wahda returned to widen the difference at the level of the result by adding a third goal through Joao Pedro, who received a distribution from Ismail Matar, to dodge Walid Al Yamahi and put the ball the moment the goalkeeper left to meet him.