Al Wasl and Al Dhafra .. “The Student” imposes a draw on “The Professor” with 10 players 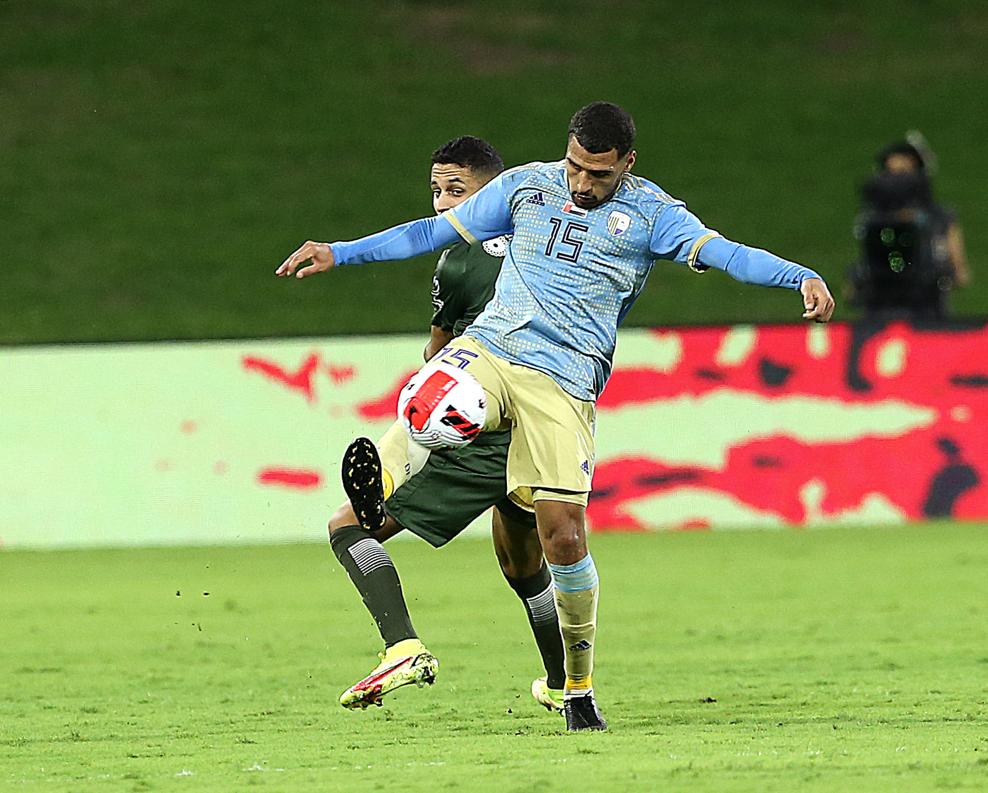 Al-Wasl team played a full hour with ten players, against its host Al Dhafra, on Sunday, after its defender Hassan Ibrahim was sent off in the 28th minute, but he nevertheless imposed a 2-2 draw led by his Brazilian coach Auder Hellmann against his teacher and compatriot Roger Micale, who had previously worked under his leadership. in an earlier period.
The “Emperor” was not affected by the numerical shortage in the confrontation that brought the two teams together at Hamdan Stadium, within the tenth round of the Arab Gulf Football League, as its players held together and scored two goals and were close to getting the full three points.
Defender Hassan Ibrahim got the direct red card in the 28th minute after his strong intervention against the Al Dhafra player, at a time when the hosts were ahead of the Senegalese goal, Makiti Diop in the 11th minute with a powerful shot from outside the penalty area.
Al-Wasl consolidated in the second half, and managed to equalize in the 61st minute, taking advantage of a cross pass from his colleague Ali Saleh, which reached striker Mohammed Al-Akbari, who faced the empty goal and put it in the net, while his colleague Ramiro Benti added the second goal from a penalty kick in the 67th minute.
But Al Dhafra imposed its style on the match, and scored the equalizing goal in the 70th minute, by Senegalese player Makiti Diop, with a header, to leave Al Dhafra with minimal losses, reaching the 8th point, while Al-Wasl added the 13th point.