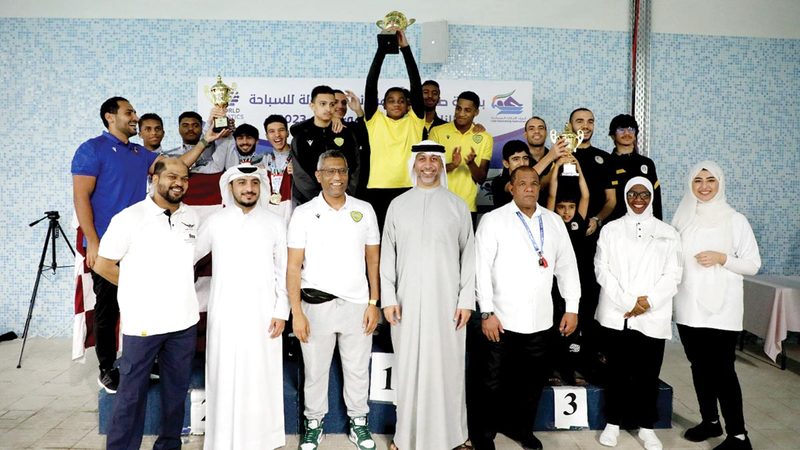 The Swimming Federation organized the first phase of the President’s Cup for swimming on Saturday and Sunday at Maliha Club. It was for youth, juniors and cubs. It witnessed the participation of 111 male and female players from eight clubs. Al Wasl won the youth and junior stages, while the Fujairah Club won the under-13 cubs stage.

The championship was witnessed by the Business Steering Committee of the Swimming Federation: Muhammad Abdul Rahim Al Hammadi, Muhammad Abdullah Bushhab, and members of the Board of Directors of Maliha Club.

For his part, Chairman of the Business Steering Committee, Abdullah Al-Wahaibi, confirmed to «Emirates Today» his happiness with the level and numbers achieved in the tournament, stressing that it will be a major station for choosing the national team swimmers in the upcoming tournaments, and indicated that next week will witness the second phase of the tournament in Maliha Club. Also, it will be for the public and buds stage under 10 years old.