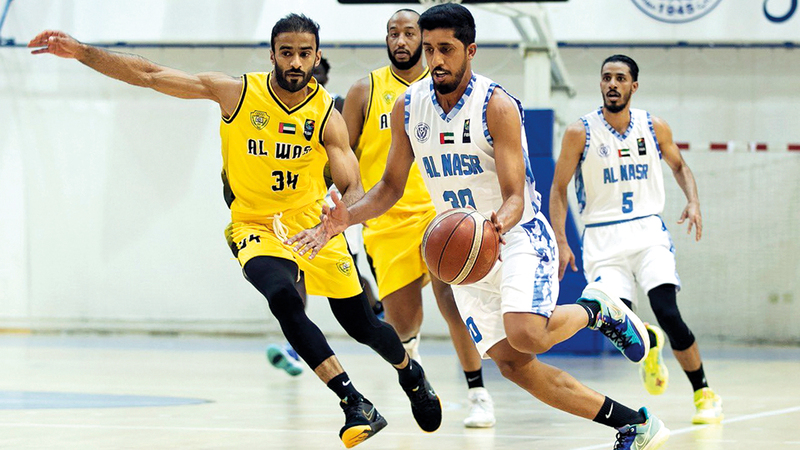 Al-Wasl team continued its awakening in the Men’s Basketball League, and won its host Al-Nasr by 13 points, with a result of “89-76”, in the match that brought them together the day before yesterday, for the ninth round of the preliminary round of the championship, which also recorded a victory Sharjah beat Al Wahda guest “89-62”, and Al-Ahly youth returned from Al-Bataeh Hall by defeating the host by “90-69”.

The defending champion Shabab Al-Ahly strengthened its overall lead with 17 points, one point behind the pursuit of Sharjah, and the loss of Al-Bataeh and Al-Nasr contributed to their remaining in the third and fourth places, with 13 and 12 points, respectively, and Al-Wasl advanced to fifth place with 12 points, and Al-Wahda fell to sixth and last place With 11 points.