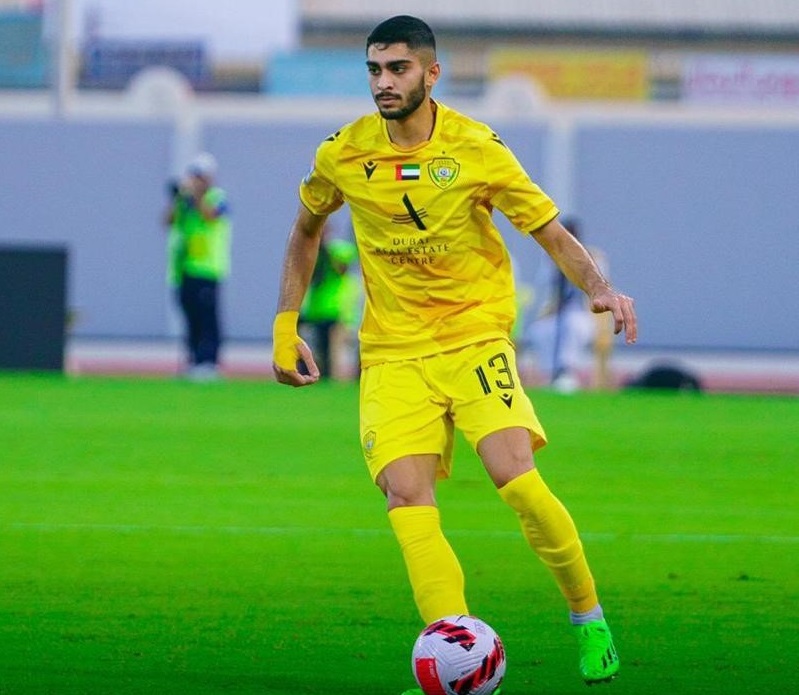 Al-Wasl Football Club announced the renewal of the contract of the 21-year-old player, Fares Khalil, for a period of 5 seasons, until 2027, with the aim of providing the technical stability required for the team and supporting the Emperor’s ranks with the club’s distinguished sons, according to what was mentioned on the official website.

For his part, Fares Khalil said, “The precious trust from the club’s management enhances my abilities and confidence in myself and my fellow players, and renews my desire to give to this great entity, and gives me a strong motivation to move forward on the approach of the players whose careers with Qalaat Al-Fuhud were associated with great achievements at the local levels.” and continental.”

Khalil expressed his thanks and appreciation to the administration and the technical and administrative bodies for all the support he has received during the past and current period.

He added: “This precious trust entails a great responsibility on him in repaying the debt to the Al-Wasl entity, which grew up and learned the basics of football in the school, academy and the various Al-Wasl teams, thanking the Emperor’s audience for their support and support for the team and their permanent standing by Al-Wasl in various forums.”

Fares Khalil pointed out: “I am well aware of what is required of us this season, and we all have a high fighting spirit and our focus is on doubling the effort and achieving the goals set by the administration for this season, which is to compete for titles, restore the glories of the Yellow Castle and make our fans happy.”

Al-Wasl Club also announced that its Brazilian resident Joao Gabriel had ruptured the cruciate ligament during the reserve team’s match against Dibba Al-Fujairah, which was held at Dibba Stadium on Friday in the U-21 professional league.

The medical team of Redif Al-Wasl confirmed the injury of the player after conducting the necessary medical examinations, and he will undergo the necessary surgery and the rehabilitation period required by such injuries.

On the other hand, Al-Wasl Club announced the termination of the contract of the player Mohammed Al-Akbri by mutual consent.