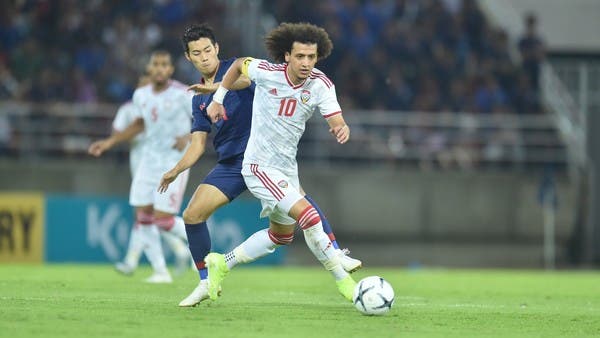 Al-Wasl Football Club of the United Arab Emirates announced on Friday the signing of international playmaker Omar Abdul Rahman “Amouri”, as part of its efforts to return to achieving the titles absent from it since 2007.

Al-Wasl said in a brief statement: Al-Wasl Football Company is contracting with the international player Omar Abdulrahman “Amouri” coming from Al-Shabab Al-Ahly Club, without mentioning the value of the contract and its duration, but local media indicated that it will be for two seasons.

“Amouri” participated in the second half of the UAE’s last match against Australia in the Asian play-off in the 2022 World Cup qualifiers in Qatar, which Al-Abyad lost 1-2.

Al Wasl aspires to regain its glory after a long absence from tournaments 15 years ago, as its last championship dates back to the 2006-2007 season, when it won the league and cup double.

Omar began his career with Al Hilal youth in 2000, before moving to Al Ain in 2006 and remained in his ranks until 2018, after which he returned to Al Hilal in an unfinished experience due to a cruciate ligament injury.

“Amouri” moved in 2019 to Al-Jazira and played in its ranks only two matches, before suffering a knee injury that kept him out of the stadiums for a long time, then he moved to his compatriot Shabab Al-Ahly in 2021 and missed again due to injury, and returned strongly last April and led his team to face Al-Hilal in The Round of 16 of the AFC Champions League.