Al Wathba Cup.. “Silsabil” is the champion of Poland, and “Banshir” was crowned in Belgium 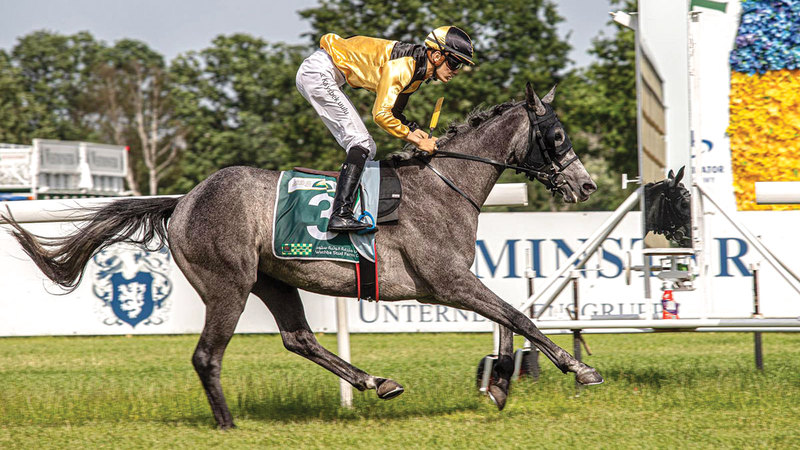 The promising colt, Salsabeel II, and the mare, Miss de Bancher, were crowned champions of the Stallion’s Cup races, which were held the day before yesterday, at the Polish track Slozwijk and the Belgian track of Warghem, respectively, under the umbrella of the 14th edition of the racing festival of His Highness Sheikh Mansour bin Zayed Al Nahyan. for Arabian horses. The victory of the dowry “Salasabil” came by Adnan Sultan Al-Nuaimi, under the supervision of M Kasperzayek, and led by three-year-old Olu Kalsbek, by two lengths from the “Hilal of Muscat” of the Muscat farm, under the supervision of M Borkowski, and led by the jockey S. Abiyev.

The mare “Miss de Bancher” was registered by Timo Kersmakers, under the supervision of the owner himself, and led by Gent Marine, who is a descendant of “Dahes”, a difference of 0.75 lengths from “Ziggy Da”, and led by Jury Bogart.