Al-Wehda calls on the Football Association to protect against “arbitration” 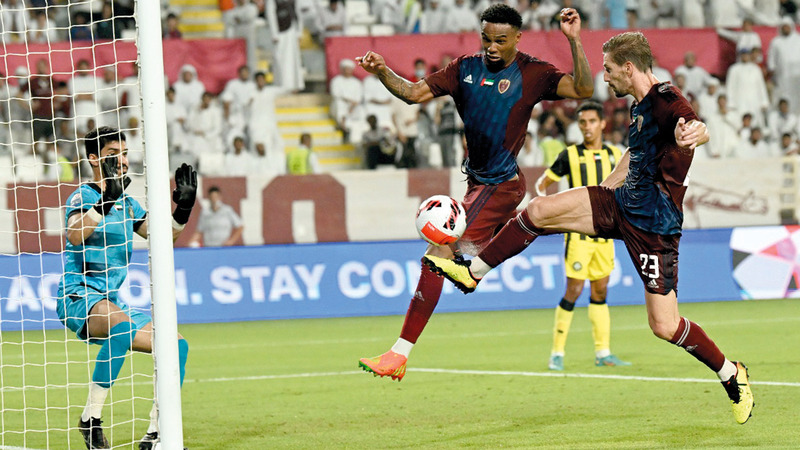 The football company in Al Wahda Club expressed its regret “for the refereeing errors that Al-Annabi suffered, which affected the result of the Kalba match, which Al-Wahda lost with a goal without a response.” Al-Wahda players had demanded two penalties, after Pedro was fouled inside the box, without a response from the referee Khaled Nadim, and the referees of “The Mouse”, while the arbitration experts of the Dubai and Abu Dhabi Sports Channels confirmed the validity of two penalty kicks in favor of Pedro. And Al Wahda Club Company confirmed in a press statement yesterday: “Al Wahda Football Club hopes from the referees committee in the Emirates Football Association, to correct mistakes, to protect players, and to preserve the rights of sports institutions, in a way that contributes to the advancement of Emirates football.”

Al-Wahda received a strong shock after the loss from Kalba, to lose five points in the first two rounds, after drawing with Al-Wasl in the first round, and the fear increased that Al-Annabi would repeat the scenario of last season.

Al-Wahda coach, Portuguese Carvalhal, seemed stunned during the press conference after the match, as he stressed that “his team did not provide what was required of him.” He added, “As a technical director and players, we bear the responsibility in front of our fans for the loss from Kalba, as we did not provide the performance that accompanies us to get a positive result.”

He pointed out: “In the Al-Wasl match, we were better in terms of high fighting spirit, and insistence on not accepting loss, which is the advantage that we lost against Kalba, and we made many mistakes during the two halves of the match, which we must work to correct in the coming period.”

• «Al Annabi» complains about not calculating two penalties in favor of his player Pedro in the Kalba match.