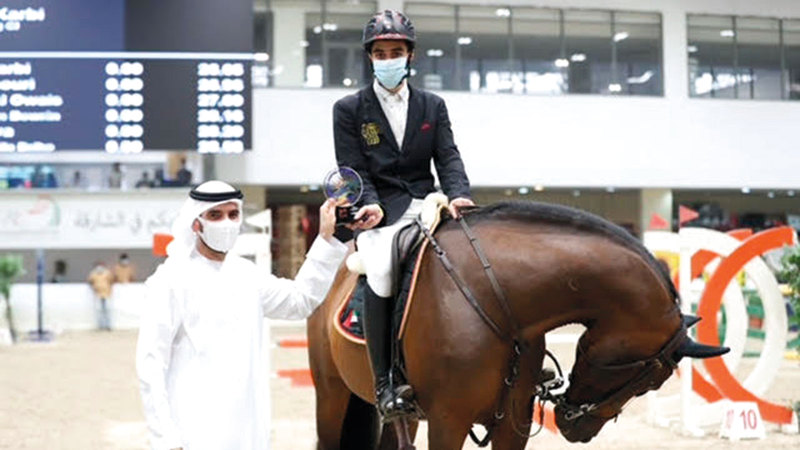 The young jockey Hamad Al Yahyai rode the horse “Supertramp” from the Sharjah Equestrian Club, and grabbed the first place award in the open competition with the specifications of the tour with a round of differentiation over hurdles (135) cm, while the young jockey Mohammed Al Owais scored a wonderful double, which he started with the horse “Dubai de Fia” » From Al Shira’a Stables, in the second competition on hurdles (130) cm, and completed it with the horse “Catch the Wind” on hurdles (115 – 120) cm, on the first day of the competitions of the fifth and final week of the summer showjumping program, and before the curtain came down on its activities in a championship An international two-star showjumping event, which will be launched at the end of this week in the covered hall in the Sharjah Equestrian Center, and organized by the Equestrian Federation, under the supervision of the International Equestrian Federation, in cooperation with the Sharjah Equestrian Club, and under the auspices of Longines, the sponsor of the Emirates Championship Longines Show Jumping.