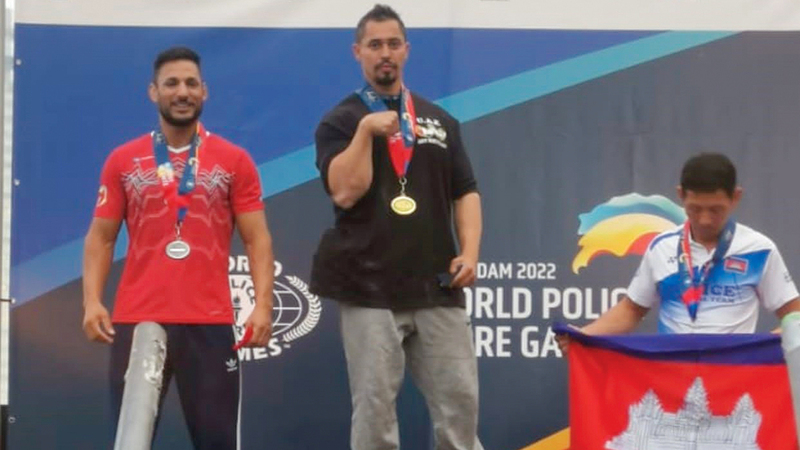 The national team player, Faisal Al Ghais Al Zaabi, added a new gold medal to the Emirates balance, by winning the gold in the World Arm Wrestling Championship, which concluded in the Netherlands two days ago, after defeating his Italian rival, Rigro Roberto, in the 85 kg final.

The player Faisal Al Ghais Al Zaabi told «Emirates Today»: “I feel very happy to rise to the podium after winning the gold medal and representing the UAE in the World Championship, which is my goal for which I trained,” stressing that “the first place would not have been achieved without the support of the Board of Directors of the Federation Body building and fitness, and I would like to thank everyone who contributed to winning the gold.”

He continued, “The competition was difficult, as I gathered distinguished players, but the insistence on winning led me to winning the gold medal despite the strong competition, and my ambition to achieve more achievements in the future.”

It is noteworthy that Al Zaabi won the silver medal in the World Police Championship by physical strength.