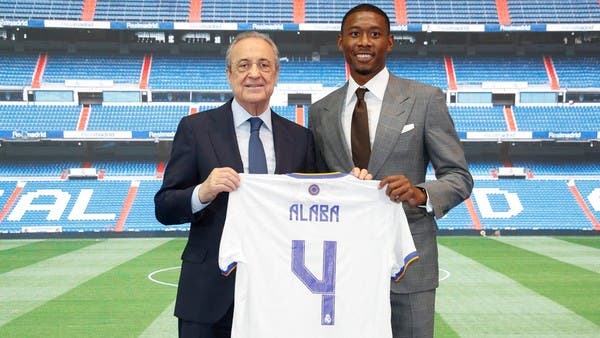 Alaba, who is good at playing in different positions, arrived in Madrid on a free transfer from Bayern Munich and will wear the No. 4 shirt that Ramos carried during 16 years at the Santiago Bernabeu. Ramos, 35, moved to Paris Saint-Germain this summer. Alaba confirmed that he does not feel any pressure to succeed Ramos.

“We all know that Ramos spent a lot of time here and wore this number and became captain. But in fact I spoke with the club yesterday and they told me that this number is currently only available in the squad and I did not want to ask other players about the possibility of switching numbers,” the Austrian told a news conference.

“I am honored to wear the number four shirt and it is a source of pride and motivation for me, but I am not here to compare myself to other players or to replace anyone. I am here to be David Alaba.”

Alaba, 29, signed a five-year contract with the 13-time European champion after spending his entire career with Bayern, where he won the German league 10 times, as well as two European Champions League and six German Cup titles.

America suffers its first loss since the 2004 Olympics

Lupillo Rivera gets a tattoo on Belinda’s face: “I do it out of respect for my fiancée”

Nicola Porcella reveals that she has COVID-19: “This is not a game”

Brisbane wins the bid to host the 2032 Olympics