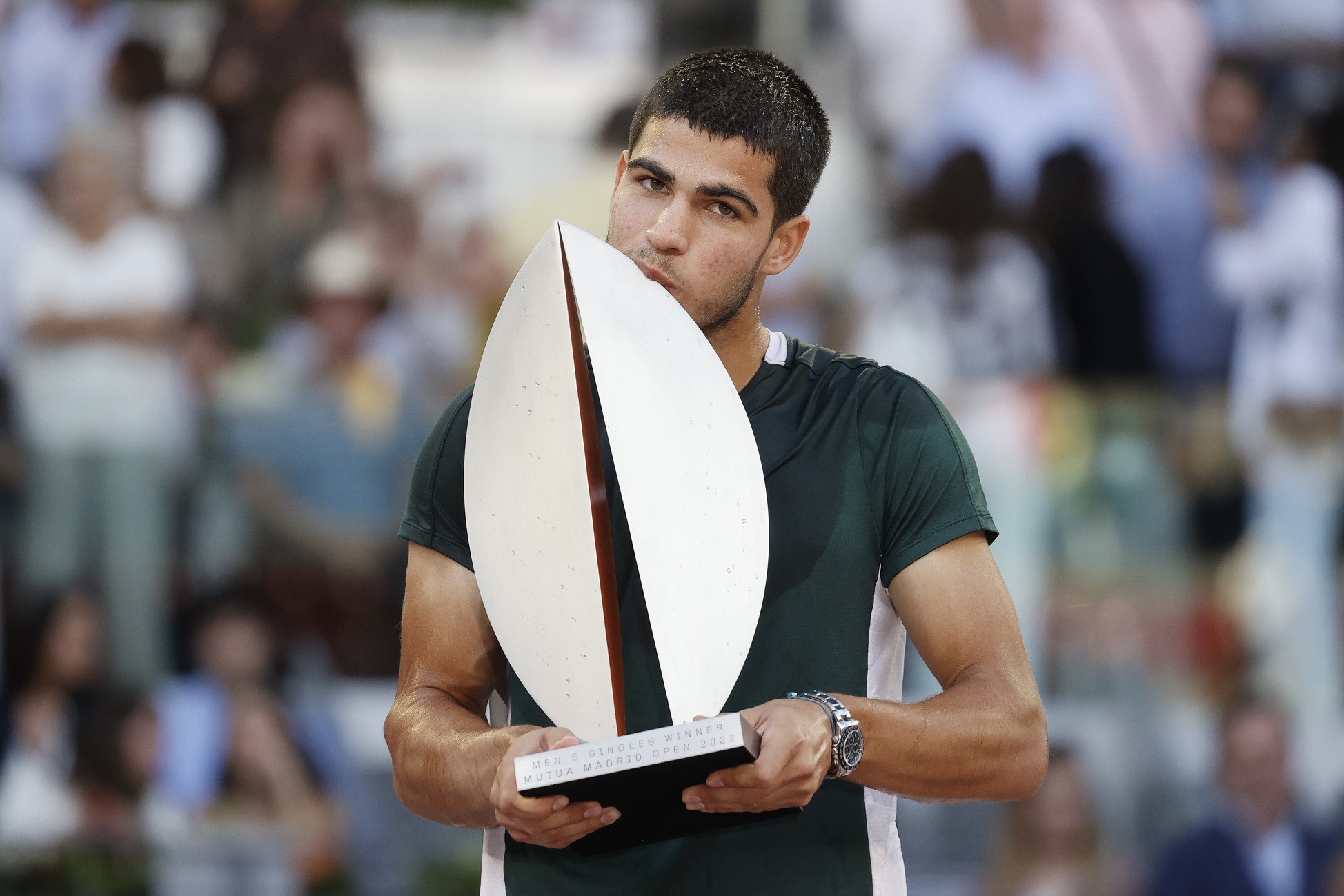 The young Spaniard Carols Alcaras continued his strong performances by crushing second-seeded German Alexander Zverev 6-3 6-1 in the final match of the Madrid Masters 1000 points in tennis today, Sunday, sending a strong message to all his competitors before the start of the Roland Garros championship, the second of the four tournaments. Grand Prix, scheduled for May 22.

Alcaras played a perfect tournament on dirt courts. He overcame his compatriot, legend Rafael Nadal in the quarter-finals, then Serbian Novak Djokovic in the semi-finals, before defeating Zverev in the final in just 62 minutes.

Thanks to this coronation, El Karas will climb to sixth place in the world at the age of only nineteen, knowing that he has achieved his fifth title in his short career so far and has become the youngest player to achieve this number of titles since Nadal in particular when he was the last at the age of eighteen.

Alkaras played the fifth final of his career today and won them all. He is also the player with the most victories since the beginning of this year (28).

After his coronation, Elkaras said, “This tournament is special for me because I watched matches in it when I was seven and eight years old.”

His opponent praised him in the final, saying, “You are the best tennis player in the world right now. It is great for tennis to have a player like you, you will win a lot of Grand Slam tournaments, you will become the number one in the world and you will win this tournament many times.”

As for his performance, he said, “This is tennis. You can’t be perfect every day. Despite my bad loss today, Madrid remains my favorite.” Knowing that he was crowned champion in the Spanish capital in 2018 and 2021.

Zverev entered the final match after a series of 9 victories in a row, but he did not last long in front of the strength of the Karas supported by the local fans.