Alcaraz, who won the US Open title, also topped the world rankings 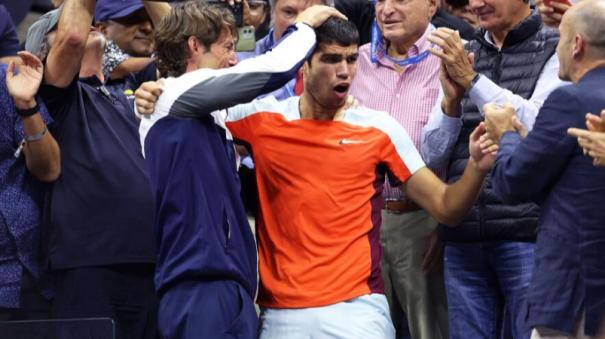 It was the first Grand Slam title for 19-year-old Carlos Algarz.

With this, Algaraz has become the 2nd player to win the Grand Slam title at a young age. Before this, Rafael Nadal won the French Open in 2005 at the age of 19.

Algaraz has also become the youngest player to win the US Open since Pete Sampras. Pete Sampras last won the trophy at the age of 19 in 1990. Algaraz, who won the US Open title, has overtaken Russia’s Daniel Medvedev to become the number one player in the world tennis rankings.

With this, Algaraz also became the record holder of the highest ranking player at a young age. The ATP Rankings were introduced in 1973. Last year in 2001, Australia’s Leighton Hewitt held the record when he topped the rankings at the age of 20. Carlos Algaraz has broken this and created a new record.