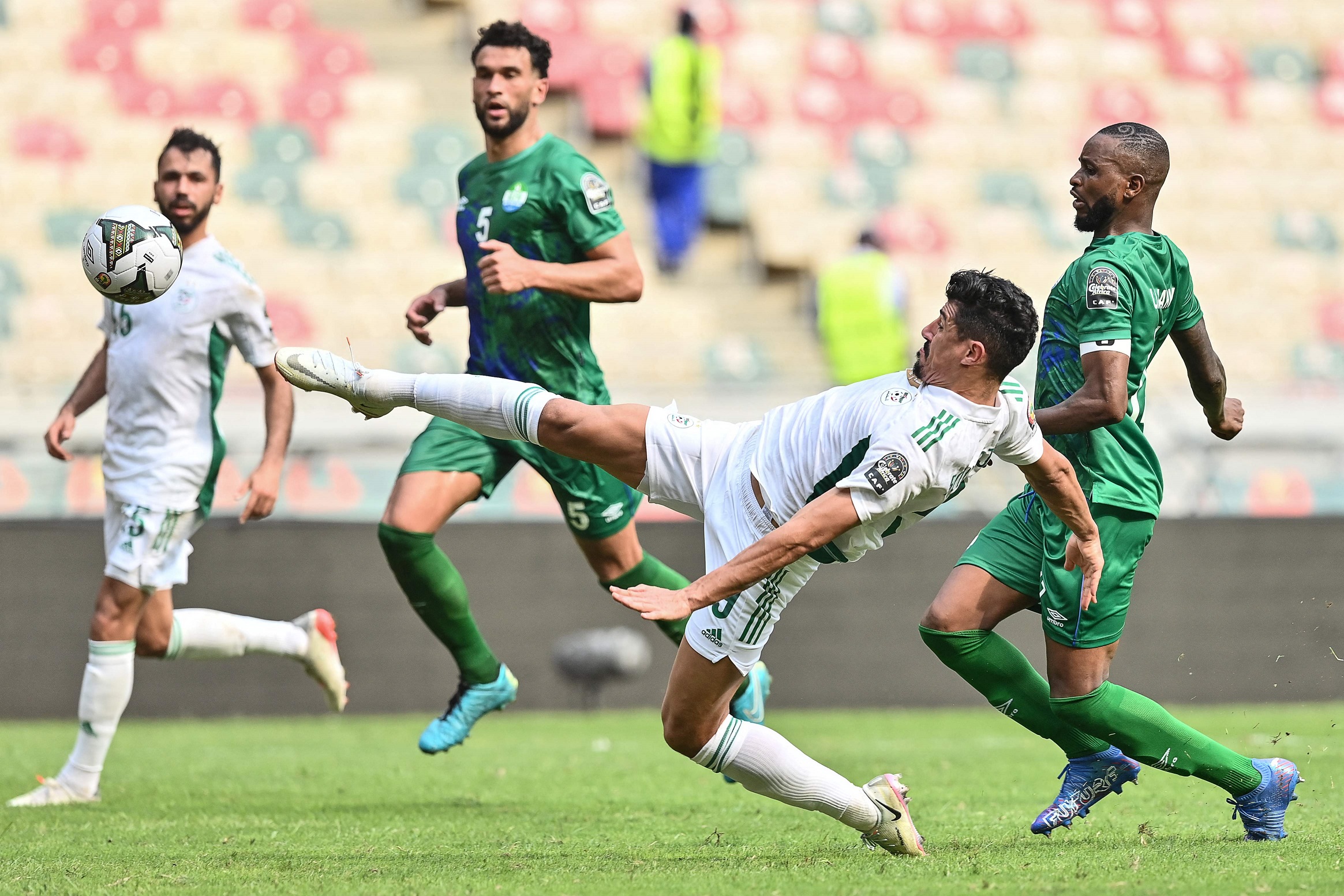 Algeria kicked off its Africa Cup of Nations title defense in Cameroon with a disappointing 0-0 draw with Sierra Leone on Tuesday in Group E, but continued its quest to equal the record for the longest unbeaten match record for a national team.

Algeria raised the number of consecutive matches without defeat to 35 matches, approaching the Italian record equivalent, which it recorded last year (37 matches).

Algeria has not lost since the defeat against Benin in the Nations Cup qualifiers before the 2019 finals, which Algeria won the title.

This record does not include participation in the African Championship for local players, in which Algeria plays in the second team, as it did in the Arab Cup in Qatar last month.

The national team, under the leadership of coach Djamel Belmadi, has achieved 26 victories and nine draws since its last loss in October 2018, and is competing in the African Nations Cup this month as one of the most prominent candidates for the title.

dull start
The Algerian national team did not appear at its usual level against the re-emerging Sierra Leone team in the Nations Cup for the first time since 1996, and was far from the performance that the Algerian public had been waiting for.

Coach Belmadi’s team did not create serious chances to score in the first half, which was lackluster.

Sierra Leone almost deceived the “Greens” on two occasions, the first in the sixth minute and the second in the 32nd minute through Hadj Kamara, while Algeria suffered due to the high temperatures in Douala.

The Algerian team entered the second half strongly and in the 52nd minute almost broke the opponent’s code through Yassine Brahimi, who missed a golden opportunity to advance.

In the 68th minute, substitute Sufian Bin Dabka missed the most dangerous opportunity when he found himself in front of the empty net, but his shot was pushed away by defender Stephen Coker at the last moment for a corner.

This was the first appearance of the former England international Coker with the Sierra Leone team after being selected in the Nations Cup squad.

Cocker, the 30-year-old former Liverpool and Tottenham centre-back, played one cap for England and scored in his first game against Sweden in 2012 and represented England at the junior level, but FIFA accepted his request to switch allegiance and play on behalf of Sierra Leone.

Riyad Mahrez almost gave Algeria a precious victory in the 80th minute, but the goalkeeper saved the attempt.

The second match of Group E will be played tomorrow, Wednesday in Douala, when Equatorial Guinea meets Ivory Coast.