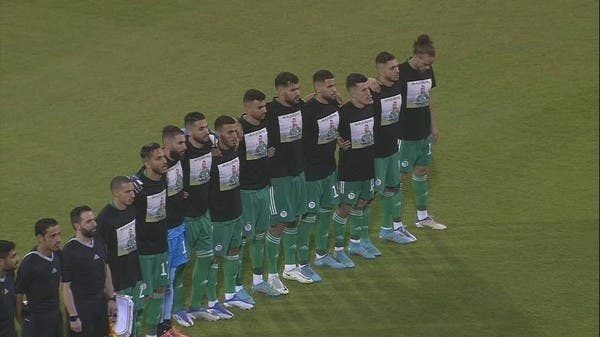 The players of the Algerian national football team made a wonderful humanitarian gesture in honor of the late Bilal Benhamouda, the star of the local team and Al Ittihad club, who died last week at the age of 24, in a traffic accident in the western suburbs of the Algerian capital.

Before the start of the friendly match against Iran on Sunday in the Qatari capital, Doha, the players of the Algerian national team wore T-shirts bearing the words “Bye, Bilal, we will not forget you.” The players of the two teams, their technical and administrative staff, and everyone who was at the stadium also observed a minute of silence, in honor of the player’s soul.

It is reported that Bin Hamouda died with his friend, after a traffic accident, as their car collided with a pole before it caught fire.

The funeral of the deceased took place in a solemn atmosphere on Saturday, in the town of Hajout, in the governorate of Tipasa.