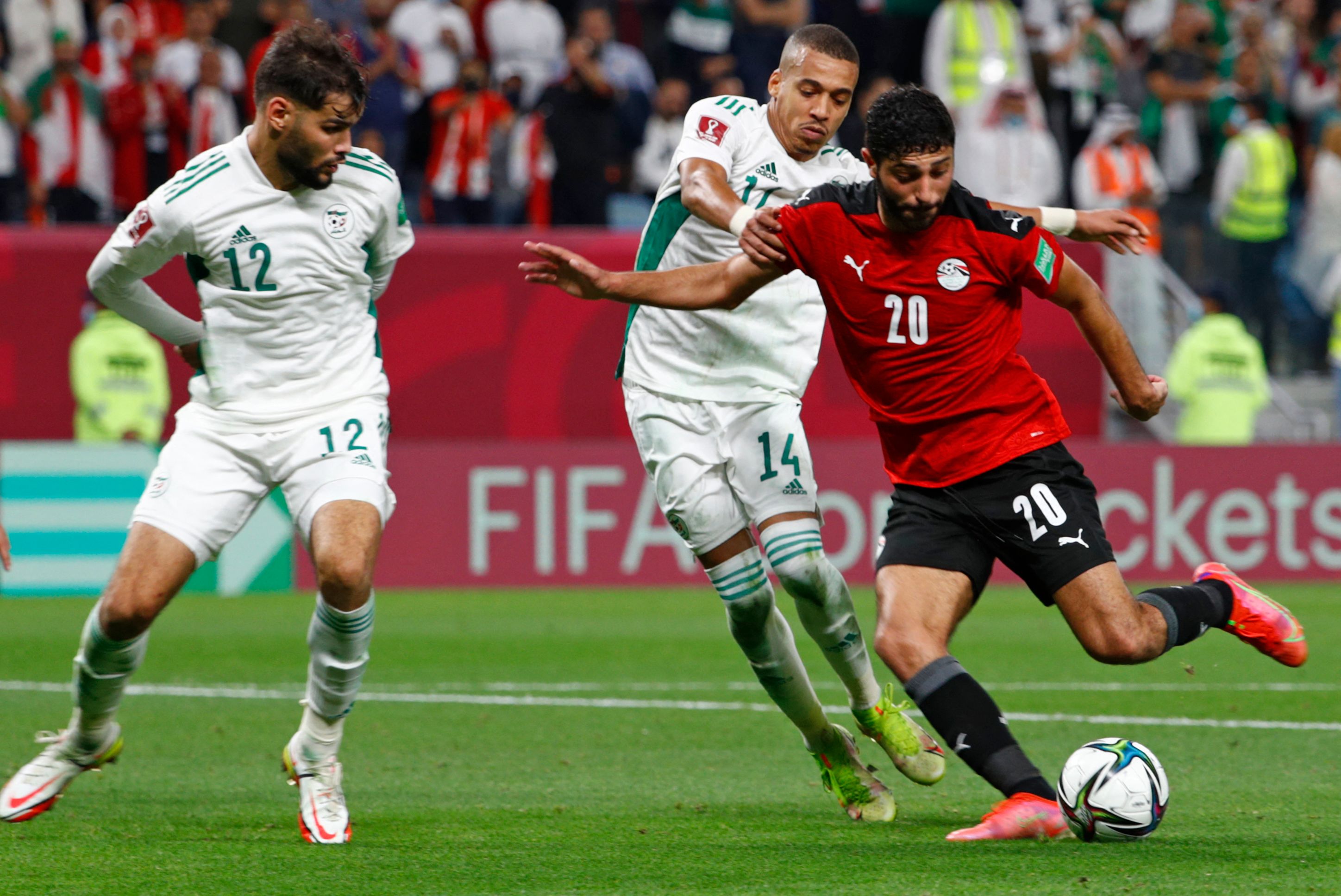 The Algerian Football Association submitted a protest to the organizing committee for the Arab Cup against the referee of the Egypt match because of the error that occurred in it, according to what was stated in the protest about the ball crossing the goal line before the corner kick received by the Egyptian team, from which the penalty kick came.

Algerian reports, quoting the Qatari Al-Kass channel, said that the Algerian delegation protested this incident, which caused the Egyptian team to score the equalizer in the two teams’ match, which resulted in the Pharaohs’ top spot in Group D at the expense of Algeria, according to the rule of fair play, after they were equal in points.

A source within the Arab Cup Organizing Committee confirmed that such protests are not considered, especially since the protest was not based on an administrative or legal error.

The Arab Cup quarter-finalist contract was completed with Qatar and Oman from Group A, Tunisia and UAE from Group B, Morocco and Jordan from Group C, and Egypt and Algeria from Group D.

An investigation was opened against the former Barcelona president, at the request of Laporta