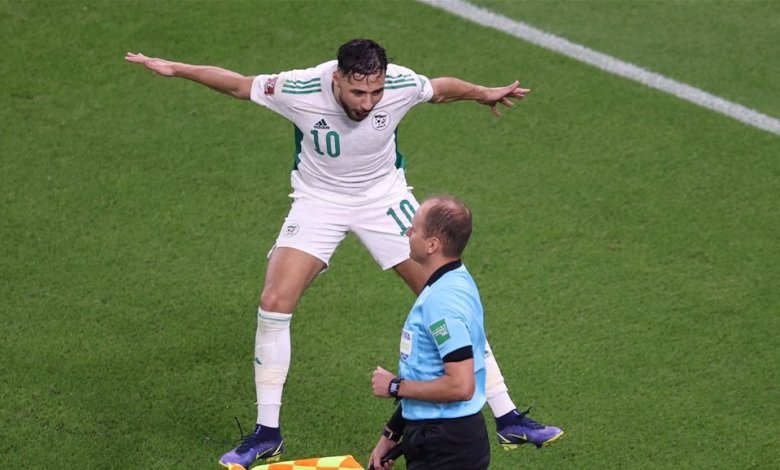 Despite his unparalleled brilliance in the Arab Football Cup and his leadership of the Algerian national team to crown the title for the first time in the history of his country, the desert warrior Youssef Belaili is still looking for a club to play for, especially that Qatar Club of Qatar terminated his contract by mutual consent with the player hours after he scored a goal The victory over Qatar in the semi-finals of the tournament.

The Algerian newspaper Al-Shorouk revealed the expected destination of the star Blaili, who was reported to have moved to European stadiums to play with Marseille or Montpellier in the French League, but the player’s plans and his agent failed to top the scene with a surprise of high caliber by returning to the Qatari league, but with the Al-Duhail team, which requested negotiation with him.

Every day a goal for me pic.twitter.com/Zbsae4OWv1

The newspaper pointed out that Blaili is currently in Doha and studying the Al Duhail contract, which presented him with an attractive offer at a time when he rejected several offers from the Egyptian League clubs.

Belaili grabbed the spotlight in the Arab Cup, especially after scoring a fabulous goal from the middle of the field against the Moroccan goal in the quarter-finals.