SportsAlgerian judoka banned for 10 years after withdrawing from a possible confrontation...
Sports 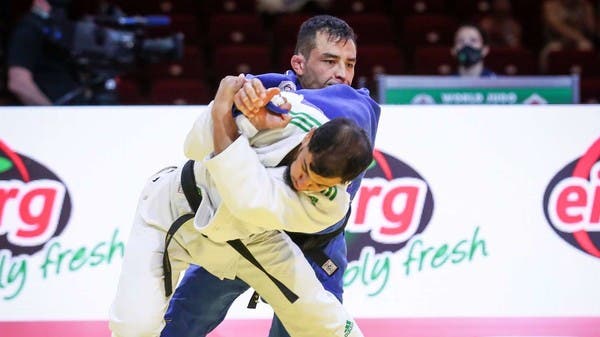 The International Judo Federation decided to ban Algerian Fathi Norine and his coach for ten years, after he withdrew from the Tokyo Olympics before the start of the tournament, after the draw made him face a possible confrontation with an Israeli competitor.

Noreen, 30, would have faced Sudan’s Mohamed Abdel-Rasoul in the opening qualifiers for the 73-kilogram weight category, with the winner facing Israeli Tohar Potbol.

Noreen told Algerian media at the time that his support for the Palestinian cause prevented him from confronting the Israeli Potbol.

The Algerian Olympic Committee withdrew the accreditation of Noureen and his coach Ammar Benkhlef and decided to bring them home from the Tokyo Olympics.

The International Judo Federation, which had suspended Noreen and his coach temporarily, said that this duo used the games as a platform to protest and promote political and religious propaganda.

He added in a statement that he decided to suspend them from all activities related to the game until July 23, 2031, although they can appeal the decision to the Court of Arbitration for Sport.

This was not the first time that Noreen withdrew from a tournament to avoid facing an Israeli player, as he had previously done so at the 2019 World Championships in Tokyo for the same reason.

Previous articleVeteran Ancelotti tackles the task of returning Real Madrid to his throne
Next articlePutin enters the Corona stone .. And the Kremlin: The president met Assad before his decision to isolate