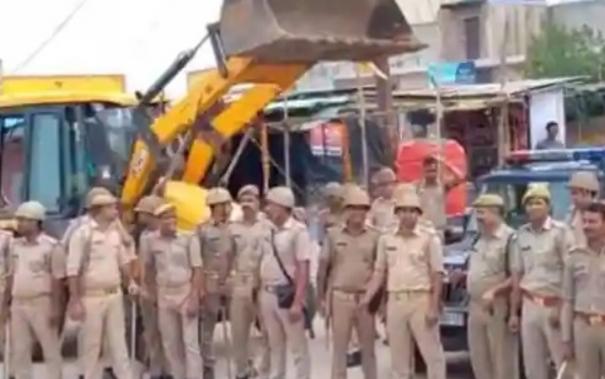 In Uttar Pradesh, houses built illegally by anti-social elements, criminals and rioters are being demolished by bulldozers. Meanwhile, riots erupted in Aligarh last week in protest of the Agni road project.

Police posts and vehicles were set on fire. It is customary for the police to hold flag parades in tense places to instill confidence in the people and to instill fear in social enemies. Similarly, police held a flag parade in Aligarh on Monday. Bulldozers took part in the march. This has caused controversy.

Although some senior police officers have reported that the bulldozers are not included in the police flag parade, photos and video footage of the bulldozer in the parade have been revealed. One of the unnamed Alikar’s Gomat Chowk area said, “As the riots took place, the police marched with the bulldozers to fear the people. The shopkeepers panicked and closed the shops. However, police did not demolish any of the buildings.