All Black team dressed up with a “women’s ball” shield 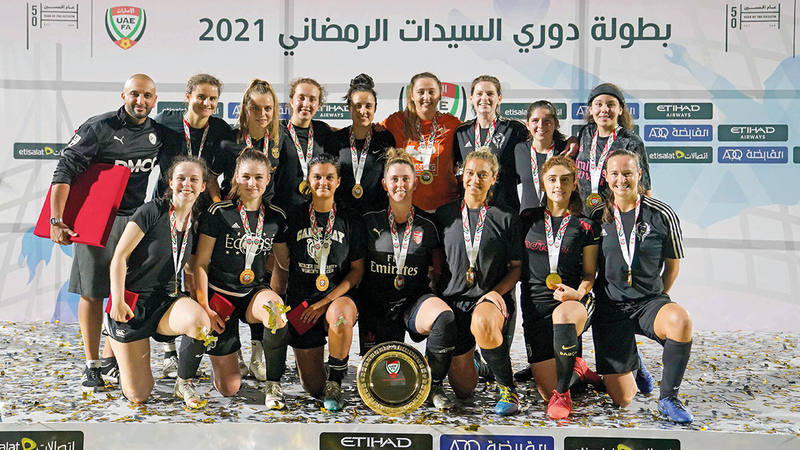 
The All Black team won the women’s soccer championship shield by defeating the Emirates team 5-3 in the final match, the day before yesterday, at Diab Awana Stadium, in the presence of a member of the Football Association Board of Directors, Chair of the Women’s Football Committee, Amal Bouchlach, and a member of the committee, Ghalia Al-Mazmi.

Amal Buchlach said in a press statement, “The tournament has achieved its desired goals, the most prominent of which is the return of the competition to the game, even if it is in a friendly context, due to the long suspension period, in addition to making our young female team players sensitive to matches and friction in football competitions,” noting that ” Women football in general, and national teams in particular, enjoy unprecedented support from the FIFA Board of Directors, headed by Sheikh Rashid bin Humaid Al Nuaimi, President of the Federation ».

Olympics: Will Mirabai Sanu get gold? – Doping test for Chinese athlete: How is it conducted?

Yahaira Plasencia denies rudeness to Jorge Benavides: “They have put what suits them”

Amali by the Pegasus affair; Lok Sabha adjourned till Monday

US approves Pfizer vaccine for teens