“All good things must come to an end” – Uthappa declared rest 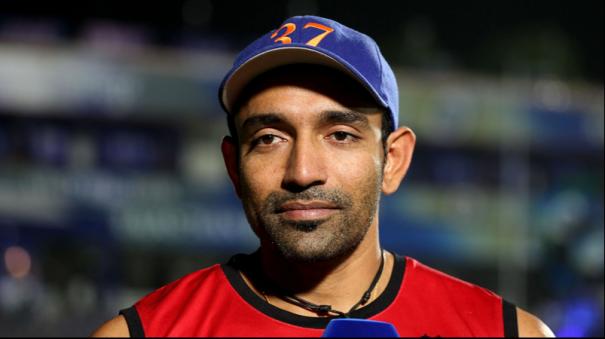 Cricketer Robin Uthappa has announced his retirement from all formats of cricket. In 2007, when the Indian team led by Dhoni won the T20 World Cup, he was also part of that team. He played for Chennai Super Kings in the last 2021 and 2022 IPL seasons.

36-year-old Robin Uthappa hails from the state of Karnataka. He has played 46 ODI and 13 T20 international cricket matches. With that he has scored a total of 1183 runs. He has played for teams like Mumbai, Bengaluru, Pune, Kolkata, Rajasthan and Chennai in the IPL arena. He played a total of 205 IPL matches and scored 4,952 runs.

In this case, he has said that he will retire from all formats of cricket. BCCI and Chennai Super Kings team management congratulated him. Fans are also thankful for his contribution. The International Cricket Council (ICC) has shared a video of India’s foul-out victory over Pakistan in the 2007 T20 World Cup to pay tribute to Uthappa. He would have blown the stumps by bowling perfectly in that match. That match was also held on the same day.

“I consider it an honor to play cricket for my country and my state. However, all good things must come to an end. With a grateful heart I have decided to retire from all formats of Indian cricket. “Thank you all,” Uthappa announced his retirement in a two-page letter.

It has been my greatest honor to represent my country and my state, Karnataka. However, all good things must come to an end, and with a grateful heart, I have decided to retire from all forms of Indian cricket.