Alliance with Samajwadi in 2024 elections – Nitish Kumar’s plan to compete directly against BJP in Uttar Pradesh? 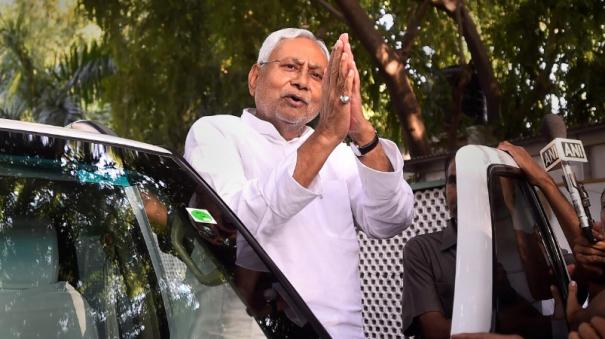 New Delhi: The United Janata Dal (JDU) has made an attempt to form an alliance with the Samajwadi Party in the upcoming 2024 Lok Sabha elections.

JD(U) chief and Bihar Chief Minister Nitish Kumar recently left the BJP alliance and joined a mega-alliance with parties including Lalu’s Rashtriya Janata Dal. Subsequently, he has embarked on an effort to unite the opposition parties to defeat the BJP in the 2024 Lok Sabha elections. As one of these efforts, he has started alliance talks with UP’s main opposition party, Akhilesh Singh Yadav’s Samajwadi Party. For this, Nitish has met Samajwadi founder Mulayam Singh Yadav who is undergoing treatment at Delhi’s Gurugram Hospital.

Nitish Kumar’s Kurmi community is sizable in eastern UP, bordering Bihar. Due to this, Nitish Kumar is also preparing to contest a constituency in the area along with forming an alliance with the Samajwadi Party. His plan is to contest in a different state in the style of Prime Minister Modi. Bhoolpur, Mirzapur, Ambedkar Nagar constituencies of UP have been identified for Nitish Kumar.

In this regard, JTU’s U.P. State president Anup Singh Patel said, “We conveyed this idea to Chief Minister Nitish Kumar in our national executive meeting held in Patna. “Since he has spoken to accept this, there are chances that Nitish will directly oppose the BJP in UP in the 2024 Lok Sabha elections,” he said.

Former Prime Ministers Jawaharlal Nehru and VP Singh have contested and won in UP’s Bhoolpur. Along with Bhoolpur, Mirzapur and Ambedkar town also have a significant presence of Gurmis and Muslims. Thus, it is expected that Nitish will contest in one third of these constituencies. JDU is predicted to win around 20 Lok Sabha constituencies including Bundelkhand and Central region of UP. So JTU is negotiating to contest in alliance with Samajwadi.

Nitish’s JDU has already announced that it will contest the 2017 UP assembly elections alone. Later, Nitish abandoned the race as the Samajwadi alliance with the Congress would divide the secular votes. Later, Nitish, who did not contest in UP in the 2019 Lok Sabha elections as he was in the BJP team, contested alone in the 2022 Legislative Assembly elections. It may be recalled that the JTU candidates contested in 27 constituencies and lost their deposits in 26.