” Alliance with the Muslim Party; Is it secular? ” – Fierce conflict within Congress over coalition; Leaders volley attack 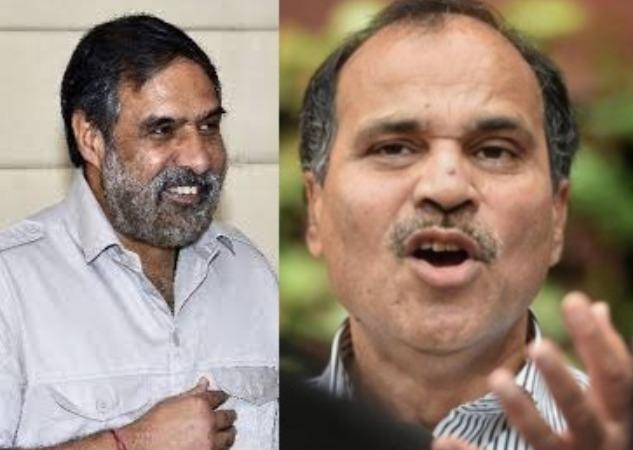 With the secular front of the Islamic organization India Congress Alliance Set is incorrect, Congress Senior party leader Anand Sharma has said the party’s main policy is against secularism.

West Bengal will go to the polls in April and May in eight phases. Trinamool to take power for the 3rd time in this election Congress Has been struggling. The BJP is moving pieces to seize power for the first time.

In this context, Abbas Sikdik, the leader of the most important Muslim organization in the state of West Bengal, has announced that he will contest the assembly elections in association with the secular Congress-Left alliance formed by the Indian Secular Front.

Abbas Siddiqui plans to contest in 30 constituencies with significant Muslim populations. A massive rally was held on February 28 by all three parties. In which Congress Senior leader Adiranjan Chaudhary was also present.

But with the Muslim Party, the secular front of India Congress The issue of competition has caused a great storm in the party.

With the Indian Secular Front, an Islamic organization in West Bengal Congress Alliance Set is invalid. Congress The main policy of the party is against secularism. Gandhi – The principle laid down by Nehru Secularism Is like the soul of Congress. Something like this Congress Should have been discussed in the Working Committee.

For this Congress Senior leader Adiranjan Chaudhary has retaliated. He wrote on his Twitter page, “With the secular front of India Congress Alliance Not set. Only for the left-wing party Congress Volume set aside. But since then Abbas Siddiqui has been allotted constituencies by left-wing parties.

Your comment will only strengthen the BJP’s religious policy. Just as Mamata Banerjee is compelled to oppose authoritarianism, so is the BJP compelled to defeat sectarianism. So let no one speak out in support of religion. ”

Previous articleICC Monthly Player of the Month: Nominated by Aswin, Joe Root, Myers
Next articleThe name given by those who treat the girl like objects .. Anasuya Zabardast answer to the ‘item’ question