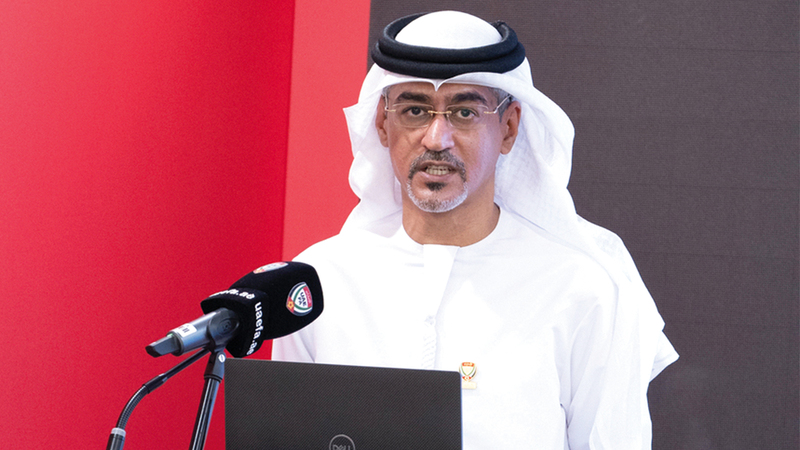 The Football Association’s Competitions Committee has introduced a number of amendments to the conditions for registering players in first-class clubs for the new season 2022-2023, allowing each club to register 30 players while increasing the number of foreign players to four players instead of two, as it was in previous seasons. , provided that among them are players under 23 years old, while one of the most prominent amendments was that it decided for each club to have among the resident players and those born in the country a goalkeeper born in 2000 or above.

The committee applied the same rules that the Professional League will apply with regard to the participation of foreign, state-born and resident players, as each club will be allowed to register eight players, with only six on the field of play in each match.

The committee granted, according to what was announced in a press conference yesterday, the clubs the right to add a seventh player to the squad for the first-class matches in the event that he was registered in the lists of the Football Association for three years or more, and he played 50% of the number of previous official matches, and that he was born 2000 and above, and he has a valid contract with his club, in which he completes the number of years of residence for at least five years.

The head of the Competitions Committee in the Football Association, Ahmed bin Darwish, said in a press conference yesterday, that the amendments that were approved in the First Division League were coordinated with the clubs, and workshops were held to study those decisions before approving them and working on them in the next season, stressing that The aim of these amendments is to raise the level of competition, to serve the public interest of Emirati football.

Ahmed bin Darwish revealed that there are some amendments to the President’s Cup system next season, which will start from the round of 32 and not the round of 16 as it was in previous seasons, as all tournament rounds will be played in a knockout system of one match, except for the semi-finals, which will be held Back-and-forth system.

Bin Darwish said that the selection of the semi-final stage to be held from two matches came because of the importance of that confrontation to reach the final match, and then the tournament system will be studied at the end of the next season, to decide what is in the interest of the competition.

He pointed out that “the date of the final match of the last President’s Cup, which is scheduled to bring Al-Wehda together with Sharjah, has not been decided definitively yet, and there are currently proposed dates that are being compared before the official announcement of the date of that confrontation.”

16 teams in the third division

The third division will witness a significant increase in the number of participants in the 2022-2023 edition, with 16 teams instead of 12 teams as it was previously, with a two-stage league between them, with four teams qualifying for the second division.

1- Each club has the right to register 30 players from the category of citizens of the country, and a campaign

State passports, and children of female citizens, provided that they were born in 2003 or before.

2- Enrolling a maximum of four foreign players in the list of each club, provided that two players are under 23 years old (born in 2000 and above).

The 2022-2023 season is witnessing an increase in the number of first-class clubs, with the emergence of 17 clubs instead of the 15 that it had in the previous season, a two-stage (home and away) league, with the first and second places qualifying for the professionals, while the last two places are relegated to League Two.

It was decided to keep the number of participants in the second division in the same number as it was last season, with 12 teams, between which a two-round league will be held, to determine the identity of the two teams qualified for the first division, with the last two places relegated to the third division.

The method of registering the resident guard

He must be from the category of people born in the state or residents and born in 2002 or above.

Conditions for benefiting from an additional seventh player

1- He must have been registered in the Federation for 3 years or more.

3- He must have a valid contract with his club in which he completes the number of years of residence for at least five years.

4- He must have participated in at least 50% of the number of official matches during the period of his registration in the Federation.