Almost 40% of grain exported from Ukraine entered the EU 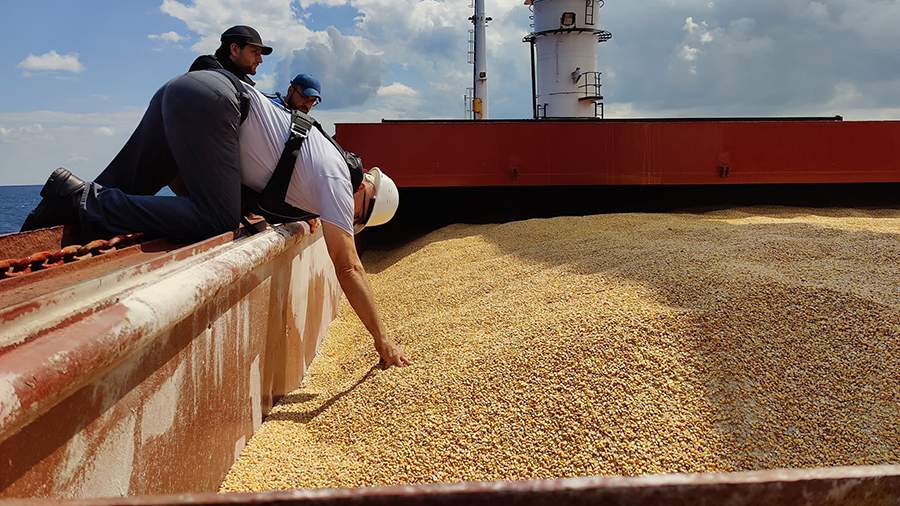 At least 38% of the grain that was exported along the “grain corridor” from Ukraine entered the countries of the European Union (EU). This was reported on September 8 by the Spanish newspaper El País.

According to UN data and resources that track the movement of ships, from August 1 to September 7, more than 2.3 million tons of corn, wheat, barley and other agricultural products have already been exported from Ukraine along the Black Sea corridor.

“Of the total number of tons of grain exported through the corridor, 38% (about 900 thousand tons) were sent to the ports of the EU member states,” the article says.

At the same time, based on the available data, it is not yet possible to track whether the EU is the final destination of the supplies, the newspaper writes. Thus, one of the largest importers of Ukrainian grain is Spain, where two ships have already arrived and two more will arrive in some time. Thus, this European country will receive more than 200 thousand tons of corn, barley and sunflower seeds. It is reported that another 20% of exports went to Turkey, 14% to China, India and South Korea, and 27.5% to the countries of the Middle East and Africa.

Earlier on Thursday, Turkish leader Recep Tayyip Erdogan agreed with Russian President Vladimir Putin’s words that Ukrainian grain is sent not to the poorest countries, but to Europe. He noted that the Russian president is concerned that agricultural products are sent to those countries that have imposed anti-Russian sanctions. Erdogan specified that he would discuss these issues with Putin in Samarkand.

The day before, the Russian leader at the plenary session of the Eastern Economic Forum said that under the “grain deal” only a small part of food is exported to poor countries. He proposed to reconsider the direction of grain export and promised to discuss the idea with Erdogan.

Federation Council Senator Ivan Abramov, in an interview with Izvestia on September 7, agreed with Putin’s statement and said that the West is hiding the desire for profit under good pretexts.

On August 17, the permanent representative of the Russian Federation to international organizations in Vienna, Mikhail Ulyanov, also drew attention to the fact that dry cargo ships with agricultural products from the Black Sea ports controlled by Kyiv are sent to states that are not in danger of starvation.

On August 29, the UN said that since the conclusion of the agreement on the grain deal, more than 1.2 million tons of grain and other food products have been exported from the ports of Ukraine.

On July 22, Russian Defense Minister Sergei Shoigu and UN Secretary General António Guterres signed a memorandum on facilitating the supply of Russian agricultural products and fertilizers to world markets. At the same time, the Ukrainian delegation signed an agreement with Turkey and the UN on the export of grain. As Moscow later noted more than once, the Russian part of the deal on product access to the markets is not being implemented. The UN promised the Russian side to assist in the admission of products and fertilizers to world markets.