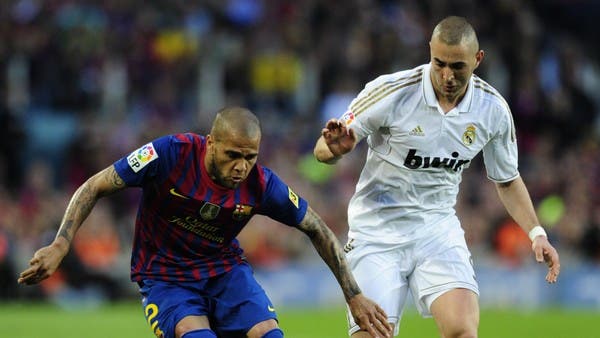 Brazilian full-back Dani Alves of Barcelona has confirmed that French striker Karim Benzema, the Real Madrid striker and captain, is worthy of winning the Ballon d’Or this season.

Alves said in his interview with “Marca”: He has all the chances to win it after what he did this season, but winning the Champions League will have a great impact, if he wins it, he will undoubtedly win the Golden Ball.

He continued, “There are many players from Manchester City and Liverpool who can win it as well, but I think Benzema is more deserving of it. He carried his team on his shoulders and performed with them an amazing level.”

Regarding Barcelona’s next season with Xavi, Alves said: Our ambitions for the next season depend on the transfer market, and this will determine whether we can achieve trophies or not, you must add more quality to your team.