Always want to give 100% of my potential for the team: Goalie 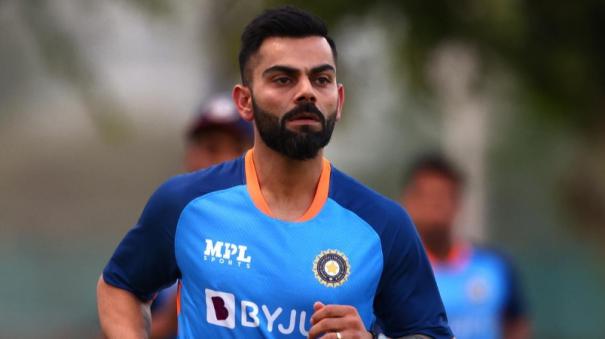 Guwahati: Indian cricketer Virat Kohli has said that he always wants to show his 100 percent ability for the team. He shared this after scoring a century in the ODI against Sri Lanka.

India and Sri Lanka are playing an ODI at the Cricket Ground in Guwahati city. This is the first match of the 3-match ODI series between the two teams. The Indian team batted first and scored 373 runs. The main reason for this was Kohli’s century. He scored 113 runs off 87 balls. It included 12 fours and 1 six. After this brilliant innings he declared:

“I got a little bit of a break before this match. With that done, I completed two practice sessions and went straight into the tournament. I was looking forward to this season starting on home soil. There are two reasons why I excel in this game. One of the starters gave an excellent start. Another is my strike rate.

I took advantage of the opportunities that came my way. Due to my age I am paying extra attention to diet. It can also be called energy for my energy. I always want to give my 100 percent performance for the team. That’s what I did in this,” he said.