Amanda Dudamel: Why didn’t you hug R’Bonney Gabriel in the Miss Universe 2022 final? 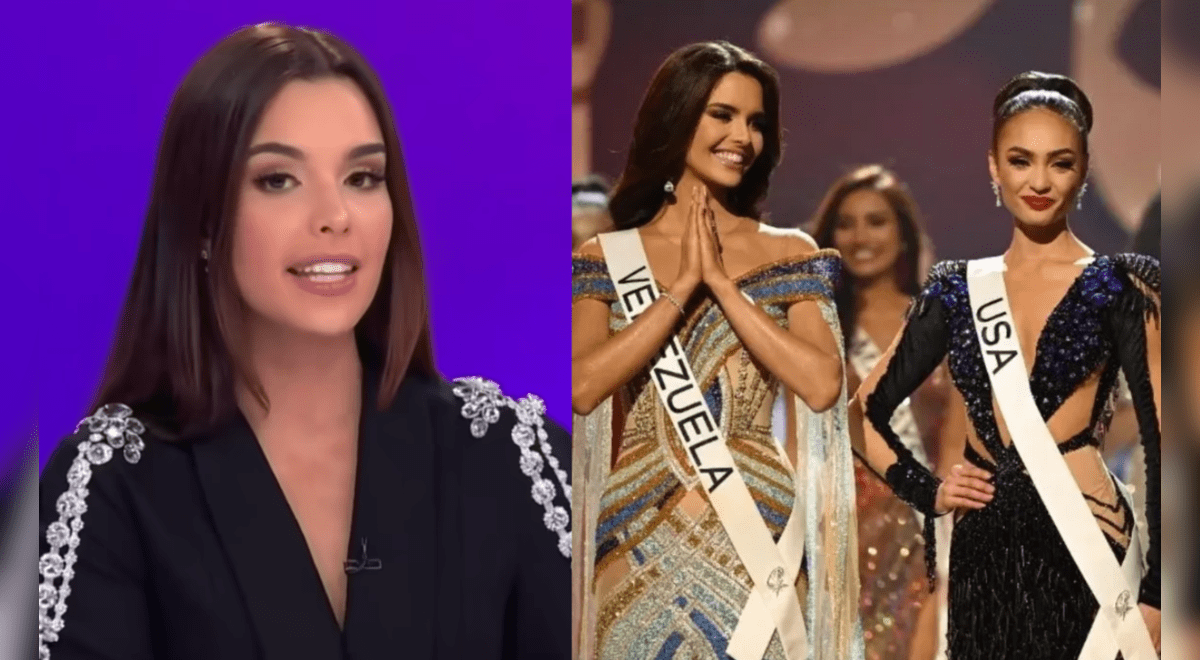 The 71st edition of Miss Universe 2022 It continues to give people something to talk about both in networks and in the international press, as there are those who consider that it was a “theft” and that the real winner should have been Miss Venezuela, Amanda Dudamel, and not the representative of the USA, R’Bonney Gabriel. In a recent interview with the Telemundo network, the Latin model relived the moment when the name of the winner of the contest was revealed and why she could not congratulate her partner as she wanted. As recalled, the event was held at the Ernest N. Morial convention center in New Orleans.

Last January 14, a new queen was crowned; However, a detail that caught the attention of the public was that at the moment of receiving her Miss USA title, Dudamel did not approach her to hug her and congratulate her. The 23-year-old fashion designer explained the reason behind the controversy.

Amanda Dudamel spoke with Miss Universe 2022 for the Telemundo channel and explained that when they were holding hands waiting for the final verdict, both could not hear the name of the winner. “It was very strange because no one understood what happened,” she said at the beginning.

“We were very confused, we did hear USA, I got confused because for a moment I said: ‘I don’t understand what happened’, if I was the finalist and she told me the same thing, if they read our lips, we both said: ‘What happened’”, she expressed.

After that, the Venezuelan beauty queen mentioned that the organization’s representatives came to tell R’Bonney Gabriel that she was the winner and they ended up throwing her out. “I’m sorry I couldn’t hug her, we really are quite friends with her. A while ago, I was talking to her and I would have liked that congratulatory hug, ”she finished.

At another point in the interview, Amanda Dudamel He stated that he shared a lot with R’Bonney Gabriel throughout Miss Universe, since both studied Fashion Design.

“We were always together and we are also fashion designers, we had a lot in common and, when we got there, the first thing I said to her was: ‘Fashion designers rocking this,’” she said.

The two finalists of the pageant and the winner of Miss Universe 2022 could work together in Thailand. Photo: The Nation

Amanda Dudamel reveals who was her biggest opponent in Miss Universe

Miss Venezuela 2022 was sure that Miss Dominican Republic, Andreina Martínez, was one of the favorites to wear the crown. Amanda Dudamel mentioned that she had the opportunity to share with her partner.

“A dinner that we shared together and Andreina is truly a spectacular girl, very sweet too, and she was very focused on the competition. Really, from the day she arrived, she was impeccable, ”said Amanda Dudamel. “Without a doubt, I felt that Andreina was one of the strongest,” she told Telemundo.

Nicolás Maduro assured that the crown was stolen from Miss Venezuela

The triumph of R’Bonney Gabriel in the last Miss Universe did not leave the vast majority of followers of this contest happy, who considered that the Venezuelan representative was the great favorite. Even the president of this nation himself spoke about it, assuring that the crown was stolen from Amanda Dudamel. “Amanda Dudamel won on the street, it cannot be a robbery like that, she is from Petare, she does community work there,” declared Nicolás Maduro. Photo: composition LR/AFP

“They stole our Miss Universe, Amanda Dudamel she won on the street, it can’t be a robbery like that, she’s from Petare, she does community work there,” said the controversial head of state.

When will Amanda Dudamel return to Venezuela?

After her trip to New Orleans to compete in Miss Universe, Amanda Dudamel is about to return to her native country and receive a warm welcome from the Venezuelan people. According to the Twitter account, “Todo Miss”, the beauty queen will land on Monday, January 23, however, so far, she has not yet confirmed it. 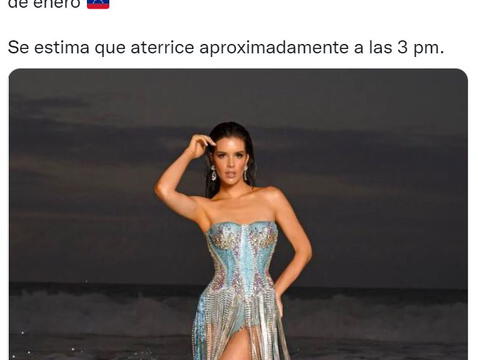 Know all the details about the return of Amanda Dudamel to Venezuela. Photo: Todo Miss.

Amanda Dudamel enjoys in Miami after passing through the Miss Universe

Miss Venezuela, Amanda Dudamel, is in Miami with his family after completing his participation in the 71st edition of Miss Universe. Despite not taking the crown, the 23-year-old was well received by the public and foreign media. Through her Instagram stories, she showed the recent interviews she had and how happy she is to have come second in the most important beauty pageant in the world.

Does Amanda Dudamel have cosmetic surgeries? This said Miss Venezuela

According to missologists, the Miss Venezuela She is listed as the favorite to become queen, as she is in the top 5 and top 10 of various Instagram and Twitter accounts that specialize in beauty pageants.

In a recent interview for TOP VZLA, Amanda Dudamel Newmansoccer coach’s daughter Raphael Dudamel, revealed the secrets of his physical appearance. Miss Venezuela revealed her point of view about this practice and revealed if she had any treatment. “I have not had cosmetic surgeries. At some point I considered it and I feel that there is nothing wrong with it, but it did not go with my personality. I decided to stay natural like this, ”she mentioned to TOP VZLA. 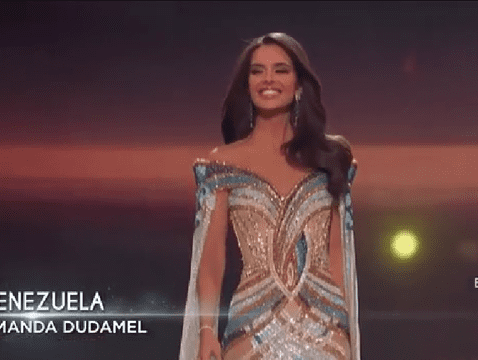 Alessia Rovegno and Amanda Dudamel dazzle at the Miss Universe dinner and users say: “My favorites”

Through their Instagram social networks, the candidates Alessia Rovegno and Amanda Dudamel shared with their fans the good times they had at dinner with the other applicants, just days after the Miss Universe contest took place.

Rovegno uploaded snapshots along with several candidates, among them Dudamel stood out. “Dinner with my girls!”, he specified in the publication. Miss Venezuela commented with “I love it”. Miss Venezuela and Miss Peru are one of the duos that stand out the most among the favorites for the crown. Photo: composition LR/ Instagram/ Amanda Dudamel.

Miss Venezuela 2022, Amanda Dudamel, has managed to win the affection of the public for her charisma and work oriented towards social work, which is why she became one of the favorites during the Miss Universe pageant. The top model uses her social networks to stay close to her public, there she shows her day-to-day life and her new projects. Currently, she has more than 1 million followers on the platform. 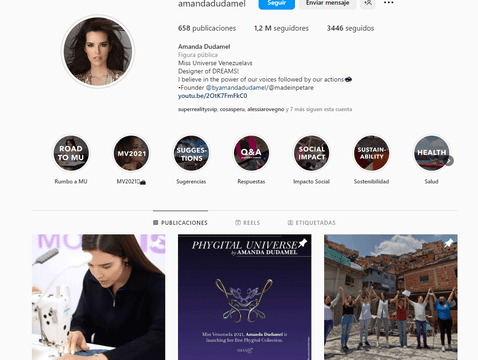 The dress that Amanda Dudamel wore in the final gala of Miss Universe has given us something to talk about after the designer Samy Gicherman assured in the program “El gordo y la flaca” that they copied a piece of hers. Amanda Dudamel’s dress would have been plagiarized, according to the designer. Photo: Univision.

“First I took off my glasses and put them back on because I couldn’t believe it. I was shocked, I immediately criticized him because I was the creator of this piece last year and I see it now in the girl who is representing Venezuela with a piece that is exactly the same”, he commented.

To Amanda Dudamel, Miss Universe is more than winning a crown and being considered the most beautiful woman in the world. The Latin top model considers this event as a window for everyone to know what Venezuela is capable of achieving, as she explained during an interview for the program “La mesa caliente” on Telemundo. “The sensations still continue to amaze me. When everything happened I felt that I had an external vision… I felt that my triumph went beyond just the crown. I did not go to Miss Universe just for the crown, I wanted to show what Venezuelans are made of, what Venezuelans are capable of achieving… This goes beyond being the most beautiful woman in Venezuela and on the planet,” she said.

Amanda Dudamel She has been criticized after a recent interview with the YouTube channel Luis Olavarrieta in which she comments on the impasse that Alessia Rovegno had in the Miss Universe preliminary. Miss Venezuela denied that there had been an attempt to boycott the pageant and slipped that she wanted to create drama, despite the fact that Hugo García’s girlfriend preferred to remain silent on the subject.

“There was a situation that was misinterpreted because Miss Peru commented that she had problems with her final gala dress, but in reality it was that she broke it because she sat down., but on social networks the story was that they had broken it and that they had stolen her heels. So, well, it is also part of the adrenaline that is also lived in those days and of the dramas that can be set up with comments that are slightly distorted, “said Amanda Dudamel. 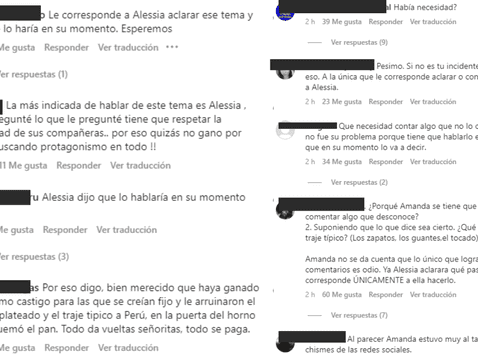 The comments did not wait. “This girl wants them to continue talking about her and thus take the limelight from Miss Universe”, “it is up to Alessia to clarify this issue”, “was there a need?”, “with her saying that it is Alessia’s responsibility to clarify what happened was enough . Now I understand why she did not win ”, “what a need to tell something that does not correspond” and “she is not the one to clarify it because she was not the protagonist of the event”.