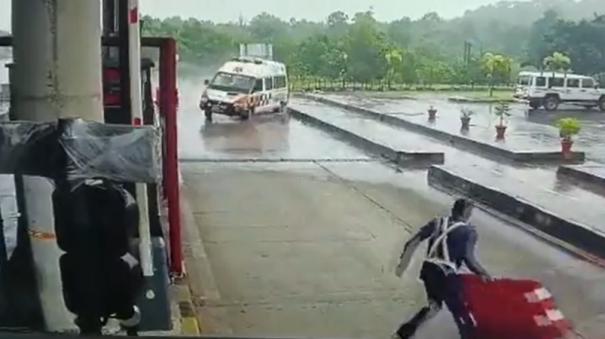 Dress: Four people were killed when an ambulance collided with a toll booth in Karnataka state. The video footage of the freak accident is shocking.

The accident took place at the toll booth at Shirur, located in Bindur taluka of Udupi district, Karnataka. The coastal region of Shirur has recorded rain. In this case, an ambulance tried to cross the toll gate at 4 pm.

Due to the rain water on the road, the tire grip of the ambulance vehicle and the road has loosened. So the ambulance driver lost control and skidded and crashed into a cabin at the toll booth.

Four people died in the accident, including the patient, two attendants and the driver who were traveling in the ambulance. Four others were injured. Two people are being treated in the intensive care unit. This video was shared by a doctor on his Twitter page.