Amer, Al-Ahbabi and Mabkhout respond to Arwabarina in the league 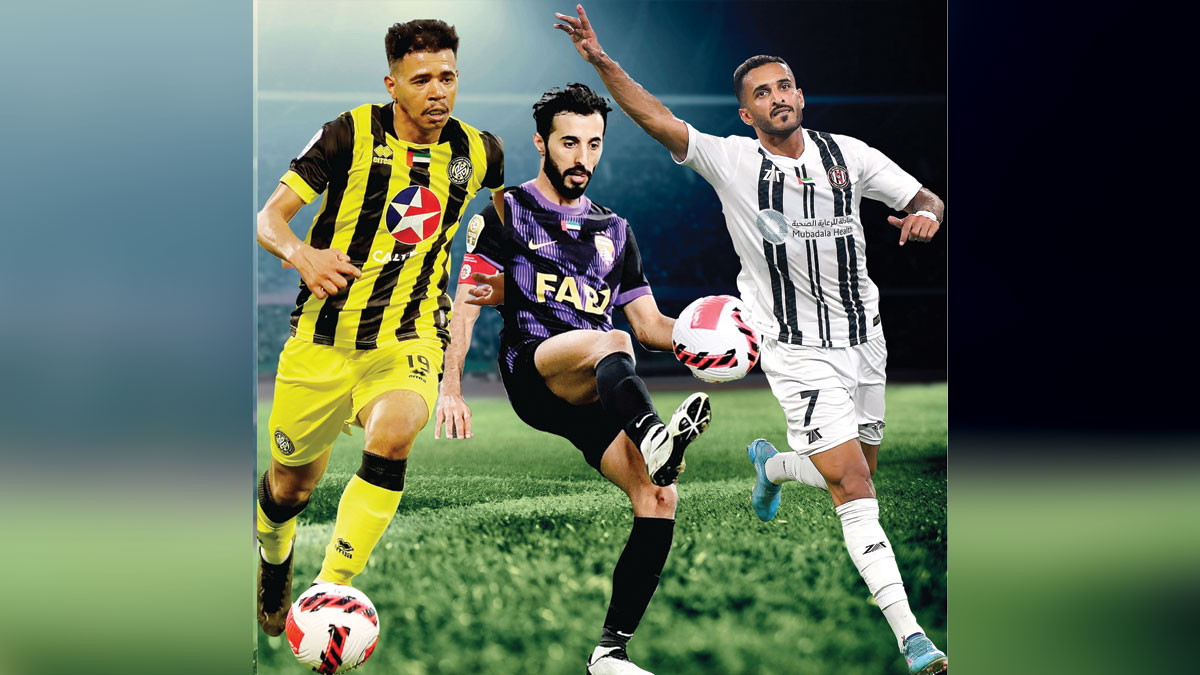 The national team continued to attract the attention of followers, following the disappointing results of the public’s hopes, with the exit of “Al-Abyad” from the group stage of the 25th Gulf Cup, by losing to Bahrain and Kuwait, and tying with Qatar. Despite the return of the ADNOC Professional League competitions by holding seven matches in the 13th round, international players continued “Under the microscope” through their returns with their clubs.

Three players who were not chosen by the Argentine coach, Rodolfo Arwabarina, confirmed that they were among a list of players who deserved to join the national team list, at the expense of players who did not make the addition in the current season, and the same thing continued during their participation with Al-Abyad in the past entitlements.

Ittihad Kalba striker Ahmed Amer emerged as the best national player in the current version of the ADNOC Professional League, after he contributed greatly to the impressive results achieved by the “Tigers” in the first leg, with the team obtaining 20 points in eighth place.

Amer scored eight goals this season, including a goal in the President’s Cup, and it is remarkable that most of the goals were scored with a distinguished technical effort, which reflects clear skill or a scoring method similar to international stars from fixed strikes from long distances, such as his goal against Khorfakkan, and another With a back header in Al Jazira’s goal.

On the other hand, the historical top scorer for UAE football, Ali Mabkhout, continued to score distinguished numbers, despite Al Jazira’s loss to Ittihad Kalba with two goals to one, but the “Abu Dhabi Pride” striker scored the only goal for his team, to top the list of scorers with 14 goals, jointly in the lead with the same balance. With Al Ain striker, Togolese Laba Kodjo, who scored two goals against Al Bataeh in the same round.

For his part, Al-Ain player Bandar Al-Ahbabi finished the first round of the league with a distinguished number, after he topped the list of the best players in terms of influential passes in the first-leg matches, as the “leader” player came in first place with 31 passes, and Al-Nasr player, Portuguese Antonio, came in second place. Tozi scored 30 passes, and Al Wasl player Ali Saleh ranked third with 28 passes. Despite these distinguished numbers, Arwabarina Al Ahbabi was not called up for the national team list.

The most prominent problem of Al-Abyad in the Gulf Championship was at the level of the offensive line, as the Argentine coach’s options included Al-Ain player Caio Canedo and Al-Wehda player Sebastian Tigali, despite their weak numbers during the current season.

Caio participated with the “leader” in all the team’s matches in the first-leg, by playing 13 matches and scoring one goal. As for Tigali, he participated in 11 matches with Al-Wehda, scoring two goals.

For his part, the sports analyst, Muhammad Abdul Rahman Al-Khudairi, said that the Argentine coach, Rodolfo Aruabarina, has a point of view that no one knows, pointing out that his choices for the national team were not successful.

Al-Khudairi explained to «Emirates Today» that there are better names in terms of returns that should have joined the national team. Canedo may be the last chance for them to participate with the national team.

He added: «Ali Mabkhout does not need evaluation, his level and numbers speak for him, just as Bandar Al-Ahbabi is one of the international players who have great experience, while Ahmed Amer may lack this experience, and he was not participating mainly with Ittihad Kalba with the presence of Togolese Malaba, but despite With that, Amer achieved distinguished numbers in the league.

• Bandar Al Ahbabi is the best player with impressive passes in the first leg.