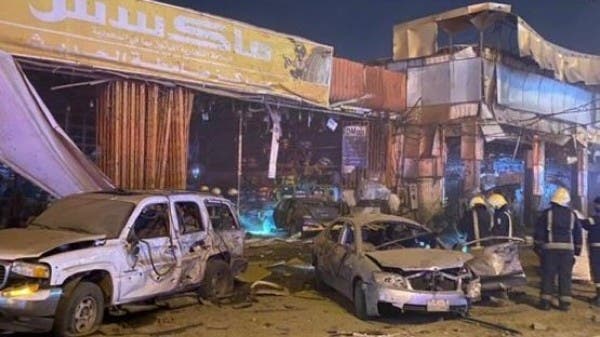 Today, Saturday, the US Embassy in Riyadh strongly condemned the attack launched by the Houthis across the border last night on the Jazan region in Saudi Arabia.

The embassy said via Twitter, that the Houthi attacks perpetuate the conflict and prolong the suffering of the Yemeni people, and endanger the Saudi people and more than 70,000 Americans residing in the Kingdom.

She added, “We call on the Houthis to stop their reckless attacks on Saudi Arabia and to engage in diplomatic efforts to end the conflict in Yemen.”

The US Embassy in Riyadh strongly condemns the horrific cross-border attack by the Houthis on the Jazan region of Saudi Arabia pic.twitter.com/BdJpccvUtN

The Coalition to Support Legitimacy in Yemen announced yesterday, Friday evening, the death of a Saudi citizen and a Yemeni resident as a result of the fall of a projectile fired by the Houthi militia on Jizan, while the spokesman for the General Directorate of Civil Defense, Lt. Col. Muhammad Al-Hammadi, said that 7 civilians were wounded.

He also indicated that two shops and 12 vehicles were damaged by shrapnel.

The coalition had announced, earlier on Friday, that an enemy projectile had fallen in one of the border villages in Najran, in an attempt to target civilians, in addition to the projectile falling on an industrial workshop in Samtah in the Jazan region.

He also confirmed that the two hostile attempts in Najran and Jazan were launched from the city of Saada, indicating that in response to the threat, he would carry out air strikes to deal with the source of the threat.