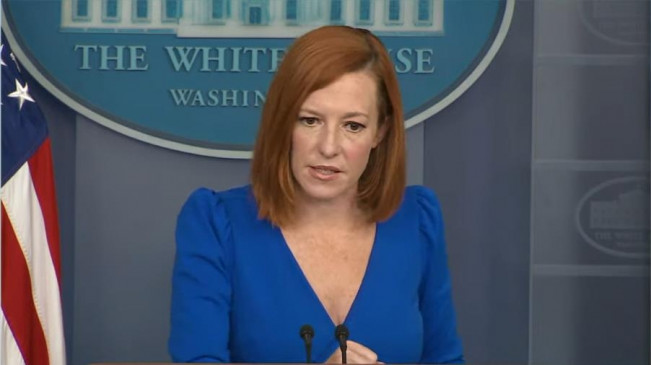 Asked about Kim’s speech at a parliamentary meeting earlier this week, Saki said, “We are ready to discuss all issues.” In his speech on Wednesday, Kim argued that America’s hostile policy toward North Korea has not changed eight months after the new Joe Biden administration took office. He called the administration’s access to Pyongyang talks a petty ploy to deceive the international community and hide its hostile acts. During his briefing on Friday, Saki said North Korea had not yet responded to US proposals.

“We have made specific proposals for discussion with the North Korean people, but have yet to receive a response,” he said. The White House press secretary also said that her country would support talks between the two Koreas. In terms of possible discussions between North Koreans and South Koreans, obviously, we’ve got our reach of potential engagement. The White House official’s remarks also come after a series of missile launches by North Korea that Pyongyang claims include a test launch of a new hypersonic missile. Saki said the US was assessing recent North Korean missile launches to confirm the type of missiles involved.