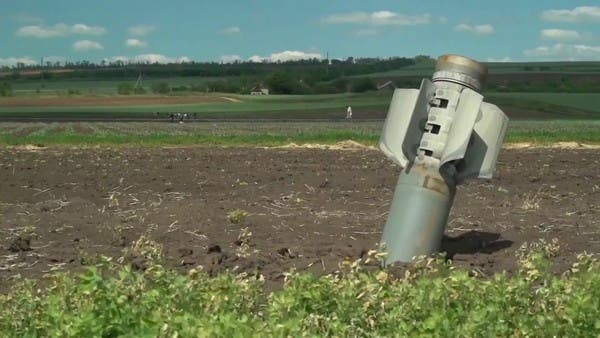 The United States will send to Ukraine two NASAMS surface-to-air missile systems, four additional anti-artillery radars, and up to 150,000 rounds of 155mm artillery, as part of the latest arms deals for Kiev, the Pentagon said Friday.

US President Joe Biden announced the outlines of the aid package, worth about $820 million, Thursday in Madrid, following a summit of NATO leaders focused on Russia’s invasion of Ukraine.

This package of equipment includes two anti-aircraft systems, four radars, new missiles for the recently entered US HIMARS rocket launchers and up to 150,000 155 mm artillery shells.

The two air defense systems can launch short and medium-range surface-to-air missiles, and they are manufactured by the American company “Raytheon” and the Norwegian group “Kongsberg”.

The two remotely operated systems allow Russian aviation, including drones, to be intercepted, as well as cruise missiles.

Pentagon spokesman J. “The United States continues to work with its allies and partners to provide Ukraine with the equipment needed on a changing battlefield,” Todd Priselli said in a statement. He highlighted “Norway’s cooperation in enabling the United States to historic delivery of two modern air defense systems that will help Ukraine counter brutal Russian air attacks.”

Russia’s escalating campaign of long-range missile attacks on Ukrainian cities comes as its forces have made territorial gains in the east with a ferocious offensive in a bid to force Kyiv to cede two provinces to separatists.

After the latest shipment of military assistance, the United States has pledged nearly $6.9 billion in weapons to Ukraine since Russian forces entered Ukraine on Feb. 24.

Ukraine’s leaders publicly demanded that Western allies quickly send more ammunition and advanced systems that would help them narrow the gap with Russia in equipment and troop numbers.