No Result
View All Result
Latest News
Russian tennis player Khachanov reached the semifinals of the Tokyo Olympics 29/07/2021
Anchor Anasuya: I Am Not Perfect But Original: Anasuya Hot Comment ‌ Shocking Reactions 29/07/2021
“You have to take camel drivers” … a German official was expelled from the Olympics after a racist comment against an Algerian and an Eritrean 29/07/2021
Opposition parties continue to rally in parliament: both adjourned until 2 p.m. 29/07/2021
Do not take the problem of headache lightly, try these home remedies 29/07/2021
Next
Prev
Home World 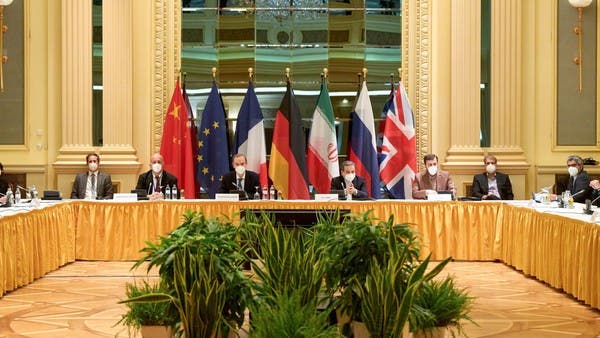 
The recent American support for the Ahvaz demonstrations, which were met with widespread repression by the Iranian security forces, puts the future of the Vienna negotiations on the Iranian nuclear program at stake, as those talks are now in a critical situation.

The protests have put the administration of US President Joe Biden in a sensitive diplomatic situation, especially after the latter sought to support the Iranian people while negotiating a new nuclear deal with the regime, according to the Washington Free Beacon.

On the subject, a US State Department spokesperson told the newspaper, Wednesday, that officials are closely following reports of protests in Iran’s Khuzestan province, including reports that security forces have fired on protesters.

He added that the Biden administration supports the rights of Iranians to peacefully assemble and express themselves, a right they should enjoy without fear of violence and arbitrary arrest by security forces, he said.

Members of Congress also condemned the Iranian government for its violent response to the protesters.

Lifting sanctions is a weapon in Tehran’s hand

In parallel, the newspaper explained in a report that if US sanctions on Iran are lifted as part of a possible deal, it is possible that the government will use these funds to promote its regional terrorist project, likening that to what happened when the administration of former President Barack Obama granted the Tehran regime relief in sanctions in general. .

Republican Senator Marco Rubio, a member of the Senate Foreign Relations Committee, said that the Iranian people are demanding liberation from the regime in Tehran, declaring his condemnation of the use of force and brutality to disperse peaceful demonstrators.

Also, in a statement in English and Farsi posted on Twitter, he considered that the United States should support the protesters instead of negotiating a deal with the evil regime in Tehran.

For her part, Republican Representative Claudia Teni, a member of the House of Representatives Foreign Affairs Committee, confirmed that “the Iranians are tired of the current leadership of the regime.” “Like the Cuban people, the Iranian people want to be free and demand their basic rights,” she added.

She added that the regime in Tehran does not represent the history, dynamics, or future of the great Iranian people, as she put it.

For her part, Representative Nicole Malliotakis, who is also a member of the Foreign Affairs Committee, considered that the demonstrations reveal how authoritarian governments oppress their people, stressing the need to support the Iranians’ pursuit of freedom against the evil regime, she said.

Seventh round of negotiations

It is worth noting that with continued uncertainty about the date of the expected seventh round of nuclear negotiations between the West and Iran, despite Washington’s recent confirmation of its willingness to participate indirectly in the talks that have been stalled since June 20, once they resume, some reports have begun to indicate the possibility of developing an alternative plan in the event horizon obstruction.

From Vienna (archive – The Associated Press)

A few days ago, Western diplomats indicated, according to what the “Iran International” network reported, that the member states of the nuclear agreement had begun to consult in developing an alternative plan that might be implemented if the Vienna talks ended without an agreement, including the return of the canceled sanctions or the imposition of new sanctions on the Iranian authorities. .

The nuclear talks that started last April in the Austrian capital, after six rounds of meetings between Western countries and Iran, under the auspices of the European Union and indirect participation from the United States, did not reach a consensus that would revive the agreement that has collapsed since 2018.

The seventh round was supposed to be launched at the beginning of this month (July), but it seems that some differences over unresolved fundamental issues have hindered determining the next round so far.

Ishq Movie: Tollywood is my second home .. I know the taste of Telugu people: Interview with Priya Prakash Warrior

Benzema causes a conflict between Mbappe and Griezmann