America to its citizens: Avoid traveling to Germany and Denmark 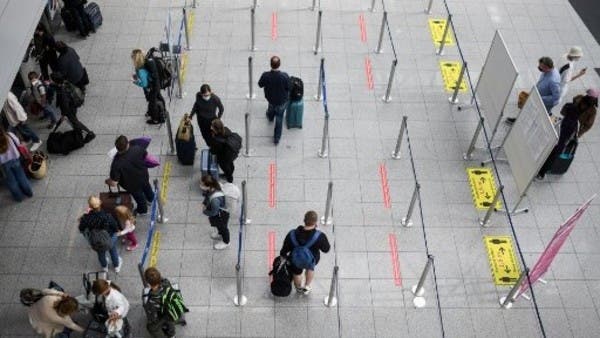 On Monday, the United States advised its citizens to avoid traveling to Germany and Denmark due to the increase in the number of Covid-19 infections in these two countries, which are witnessing a new Pandemic wave that has begun to spread throughout Europe.

In addition, the US State Department published a level four warning, the highest ever, for each of these two countries, noting that this warning “means that there is a very high level of Covid-19 infections in the country.”

This step comes at a time when Europe is struggling to stop the spread of a new Pandemic wave, as the authorities in many countries of the old continent are seeking to impose health restrictions, which has been met in many places with protests that have sometimes involved acts of violence, especially in the Netherlands.

“They either got vaccinated, recovered, or died.”

And German Health Minister Jens Young had warned Monday that most of his country’s population would be “either vaccinated, recovered or died” from Covid-19 by the end of winter, due to the high number of Covid-19 infections in the country.

In Germany, as in neighboring Austria, the vaccination rate is still less than 70 percent, which is lower than that in other European countries such as France, where it reaches 75 percent.

Despite the strong grumbling that was expressed in the streets at the weekend, the Austrian authorities continued to quarantine the population again until December 13.

But the return of restrictions imposed to combat Covid-19 sparked violence over the weekend in several European countries, especially in the Netherlands, where the Prime Minister denounced violence carried out by “idiots”.

In August, the US State Department raised the level of warning for travel to France to the fourth degree, before returning and lowering it later to the third degree, due to the increased health risks related to the pandemic.