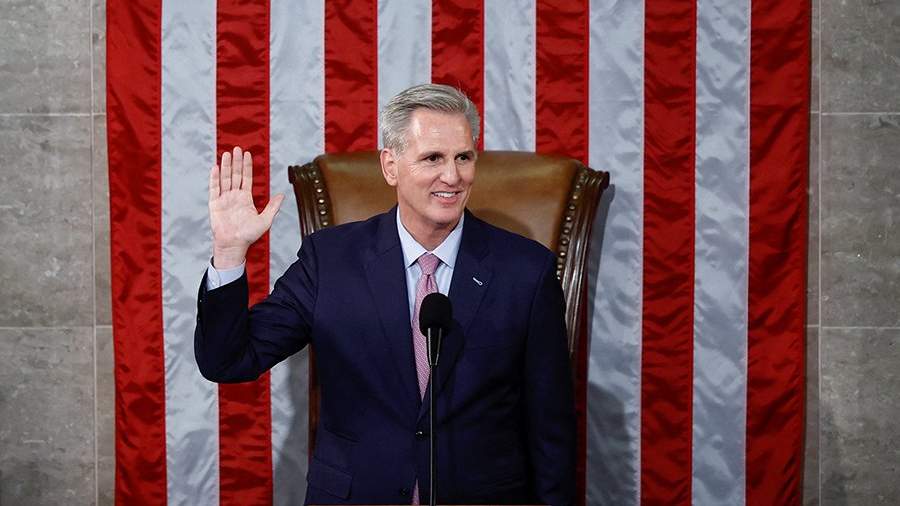 American TV presenter and actress Mindy Robinson on January 7 called the new speaker of the US House of Representatives Kevin McCarthy the “daddy” of Ukrainian President Volodymyr Zelensky.

“I’m sure you’re glad that your daddy managed to (become the speaker of the House of Representatives. – Ed.). We all know that you launder our taxes through funds from other countries in fraudulent schemes. How much longer does it take for everyone to realize that you are covering your ass by spreading fake news from Ukraine?” – this is how Robinson commented on Zelensky’s post congratulating McCarthy.

Earlier in the day, the new speaker of the U.S. House of Representatives, Kevin McCarthy, announced the priorities of the House of Representatives, without mentioning support for Ukraine. He noted that we are talking about the obligation of legislators to ensure a strong economy, security and freedom within the country, and accountability of the government. In this regard, the congressmen decided to stop the excessive spending of Washington.

During his speech, McCarthy said that he plans to get rid of Washington’s wasteful spending, as well as the growth of the country’s public debt. Also, according to him, Congress will seek to reduce prices for food, fuel, housing and cars for citizens of the country.

Meanwhile, after the election of McCarthy, Zelensky expressed hope that Washington would continue to provide assistance to Kyiv.

Prior to that, on January 6, White House spokeswoman Karine Jean-Pierre announced that the United States would provide the largest $3 billion military aid package in history to Ukraine. Armed Forces of Ukraine (AFU).