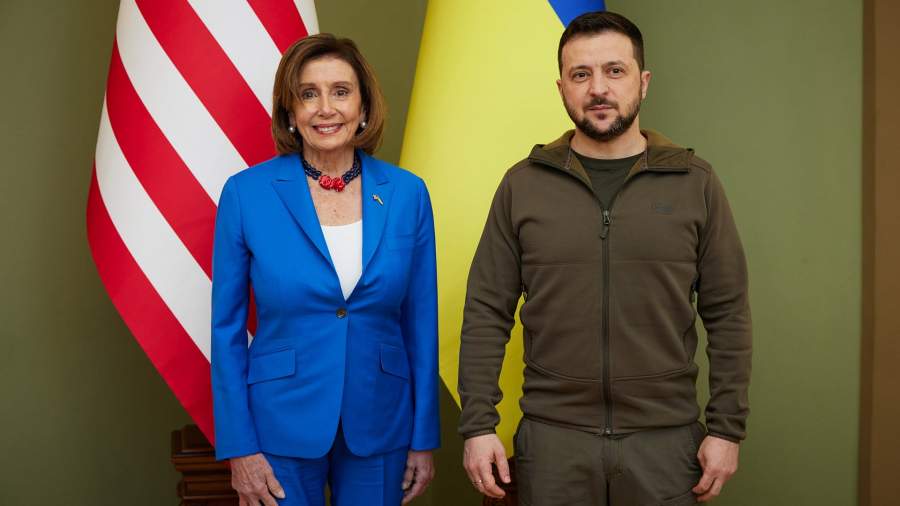 American comedian and TV presenter Jimmy Fallon joked about a photo of Ukrainian President Volodymyr Zelensky and Nancy Pelosi, Speaker of the US House of Representatives, who visited Kyiv.

“Speaker of the House of Representatives Nancy Pelosi made a surprise visit to Ukraine this weekend and met with Zelensky there. Here they are together in the photo. They look like mom and her new coach, ”the artist said on The Tonight Show. The performance was published on the Youtube channel of the program.

In addition, Fallon ridiculed the pose in which the Ukrainian president stands in the photo.

“Yet again. I’ve said this before. Why do politicians never know what to do with hands in a photo? It’s so weird,” the comedian pointed out.

Pelosi, together with a group of American lawmakers, visited the Ukrainian capital on May 1. As specified in the White House, during a conversation with Zelensky, the Speaker of the House of Representatives said that additional American support for Ukraine was “already on the way.”

At the same time, Chinese analysts considered Pelosi’s visit to Kyiv evidence of the desire of the US authorities to drag out the conflict over Ukraine in order to provoke Russia. The Global Times article said that this visit, as well as the subsequent maximization of US support for Ukraine, could lead to further escalation.

Russia launched an operation to protect the civilian population of Donbass on February 24. The tasks of the special operation include the demilitarization and denazification of Ukraine, the implementation of which, as pointed out in the Kremlin, is necessary to ensure the security of Russia.