Amidst war and suffering, a Yemeni inventor invents robots 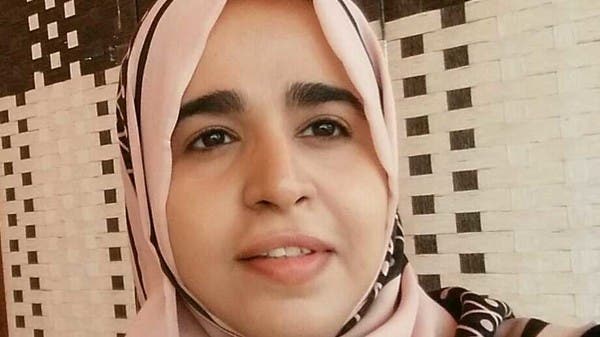 The young Yemeni inventor, Reem Hamid Ali Qassem, represents a Yemeni generation that is defying the conflict and the suffering of Yemenis with a mentality of innovation. The daughter of Aden mobilizes her mind to fight the evils of biological weapons, which are no less dangerous than the threat of missiles and machines of human violence.

The young woman created a smart robotic cart equipped with a solar-powered operating system and the ability to charge with electricity, used to combat the Corona virus and limit its spread. And this robot is a metaphor for a cart on which the visitor places his things to be sterilized. It also includes four sensors with a laser thermometer, and it can also monitor the heart rate remotely.

In her interview with Al Arabiya.net, Reem Hamid confirmed that her innovations were born during the time of war in her country, stressing that she seeks, through the world of robotics, “as a language of peace”, to serve her community to alleviate it from the remnants of war and to provide life solutions for it. She explained: “During the war on Aden in 2015, I was displaced to the city of Hadhramaut, and when I returned after 8 months, a glimmer of hope for change and impact flashed in my mind, so I decided to launch the first step and opened the “Roya” Institute for Robotics and Artificial Intelligence in 2016. This institute is the first institute in Yemen He is interested in the robot, and he has trained college students and teachers from universities and schools, but the project was closed in 2019 due to the raging conflicts in the city.”

And she continued, “I created a smart stick that helps the blind to walk safely without bumps, and a robot that leads the blind in the supermarket, telling them about the nature of the sections and products, their prices and their required data. I also created a bag that tells the blind the direction in which anyone close to him is within a certain distance.”

Reem, who participated in the Arab Robot Championship, where she won second place in the Arab world, has many innovations that serve humans, most notably a device equipped with a smart chip that is hidden inside cars and vehicles to protect them from theft. The owner of the car in which this device is installed can connect to the chip to stop the engine and close the doors and windows to thwart the burglary process.

Reem also contributed to community service and awareness of the importance of preserving the environment, by establishing a factory to recycle paper from wood waste, printers and computers, with the aim of protecting nature by reducing trees in the plains and reserves.

In addition, Reem aspires to employ her innovations to serve the community and find solutions to life problems and human concerns, saying: “The passion for change for the better is the biggest inspiration that gives me a dose of moral support to reach the goal.” She revealed that “the Internet is the best scientific reference” that it relies on to implement its projects accurately without errors, but it is out of service and unavailable for many in Yemen.

He stressed that the inventor needs a sound incubating environment in which all the ingredients for invention are available, including devices, equipment, references, supported centers and responsible parties concerned with this regard, in addition to facilitating the participation of students and inventors in exhibitions, scientific competitions and Arab and international workshops with the aim of gaining experience and contacting foreign inventors and benefiting from their experiences. She also stressed the need to provide pieces and references for the application of any innovation.

Finally, Reem drew attention to talented young children and subject them to programs that qualify them to be future inventors and leaders.