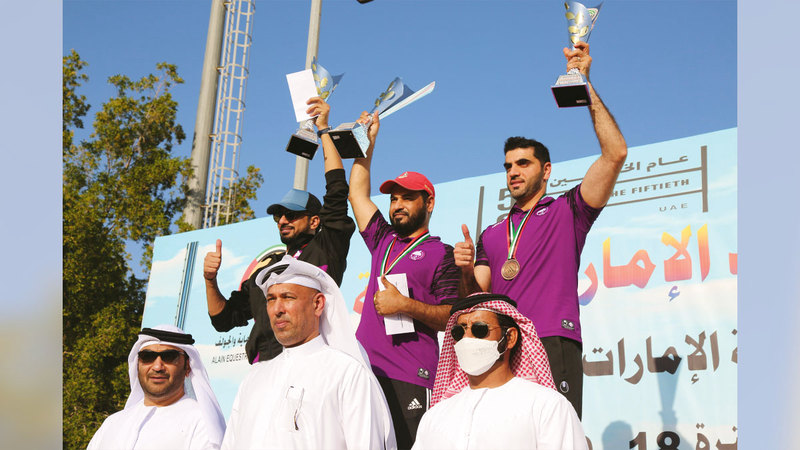 Amin Muthana won the first place cup and won the gold in the air pistol race, achieving 568 points and an average of 298.9 points, in the Emirates Comprehensive Shooting Championship, which was held in the fields of Al Ain Equestrian, Shooting and Golf Club as part of the activities of the Shooting Federation.

The tournament witnessed a wide participation of the shooters of the state clubs, in various competitions and from both sexes.

At the women’s level, the shooter, Karima Mowqaf, won the gold medal and scored 584 points, while Afra Omar won the silver medal, then Shamsa Al Dhaheri won the third and bronze medal.