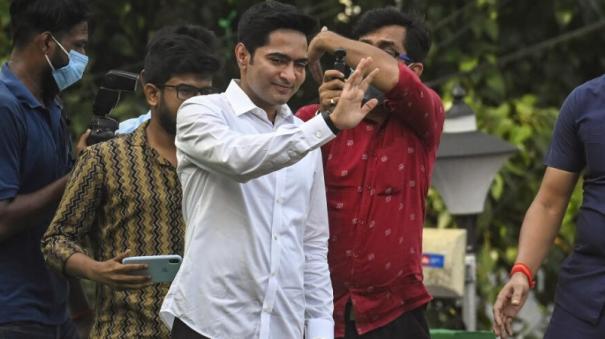 The Enforcement Directorate yesterday interrogated West Bengal Chief Minister Mamata Banerjee’s son-in-law and Trinamool Congress National General Secretary Abhishek Banerjee. The hearing took place for about eight hours in connection with the coal corruption case. Abhishek criticized the BJP and Amit Shah when he spoke to the media after the hearing.

Speaking to reporters, BJP says that another party leader is ‘Pappu’. But really Amit Shah is the biggest ‘Pappu’. Amit Shah cannot do politics without central government investigative bodies.

Talking about Amit Shah’s son Jai Shah’s refusal to hold the Indian national flag after India defeated Pakistan in the Asia Cup, Abhishek Banerjee said, “Amit Shah, who is trying to teach patriotism to the people of Bengal, should first teach patriotism to his son. If he feels like it, he can unleash the Enforcement Directorate and the CBI to terrorize me. My wife and I have been interrogated seven times so far. The result is zero. However, the BJP leaders who were caught on camera taking bribes were never called by the central bodies,” he said.