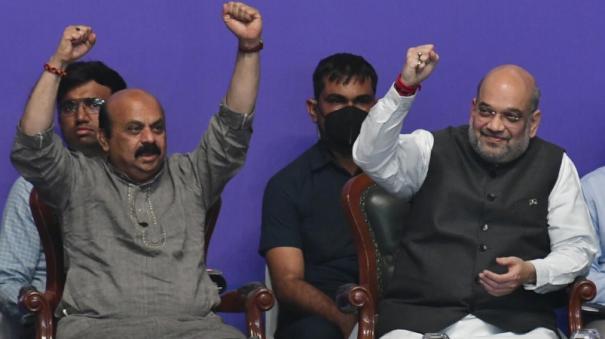 BangaloreSenior BJP MLAs, including Vishwanath, have raised the banner that they should be given ministerial posts in the run-up to next year’s assembly elections in Karnataka.

Vijayendra, the son of former chief minister Eduyurappa, and former minister Ramesh Jharkiholi have been seeking ministerial posts for the past nine months. In this context, Home Minister Amit Shah, who arrived in Karnataka, spoke to party officials and returned to Delhi without making any decision. This has further increased the dissatisfaction of BJP MLAs. Therefore, the cabinet meeting scheduled for Thursday and the meeting of BJP MLAs have been postponed to the 11th.

Chief Minister Basavaraj Puppet said, “I cannot decide on cabinet expansion alone. Union Home Minister Amit Shaw will make the decision. I am ready to go to Delhi whenever he calls. He will make decisions that will satisfy everyone. The cabinet reshuffle will take place with the upcoming election in mind. ”