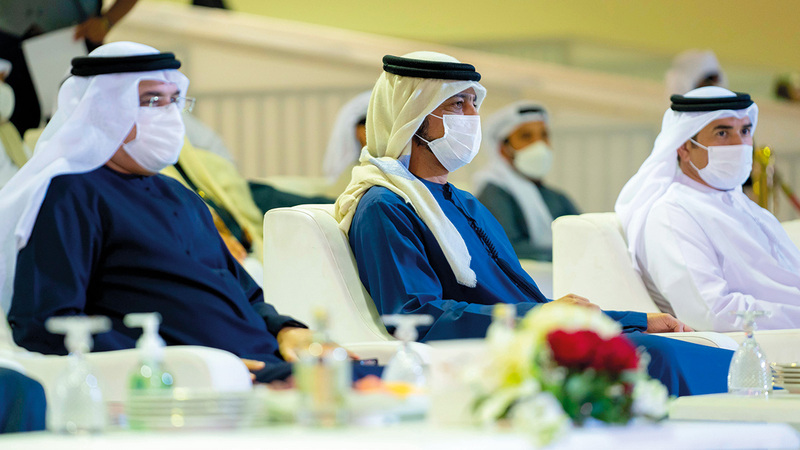 His Highness Sheikh Ammar bin Humaid Al Nuaimi, Crown Prince of Ajman, witnessed the last day’s competitions and the closing ceremony of the 19th edition of the Ajman Arabian Horse Championship 2022, which was held under the patronage of His Highness Sheikh Humaid bin Rashid Al Nuaimi, Member of the Supreme Council and Ruler of Ajman, the day before yesterday. It continued for three days, under the supervision of the Emirates Horse Association, and involved more than 308 horses of the purest and most beautiful breeds of the most famous owners, and the most prominent and oldest stables that have their achievements in the Emirates. The closing day was attended by a number of sheikhs, heads and directors of departments in the Emirate of Ajman and directors of the stalls, in addition to a number of the emirate’s guests, officials and those interested in equestrian sports, and a large audience.

And he won the golden championship for foals, “Sami Al-Bahi”, for the North Wind Stud for Arabian horses, while the golden championship title for the stallions category, “Shadi Al-Khalidiya”, was returned to the Al-Jawaher Arabian Horse Stud. The award for the leading farm in the Emirates was won by the Dubai stud, while the Emirates pioneering horse “DExpo” was awarded to the Dubai stud, and the prize for the winning horse with the largest number of points, owned by a citizen, was awarded to the horse “Shadi Al Khalidiya” for the Al Jawaher Arabian Horse Stud.

• Great brilliance for the “Dubai” and “Al Jawaher” studs after winning in multiple categories.